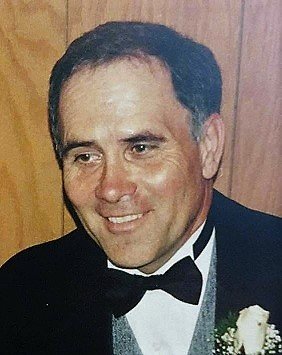 Andrew Stephen White went home to be with his Lord and Savior Jesus Christ on August 21, 2020.  He was born March 6 1952, a native and lifelong resident of Jackson County.  His parents Earnest and Rosie White and one brother Jim White precede him in death.  He leaves behind a wife of 47 years, Nell Williamson White of the home and three grown children;  Greg (Angie) White of Sylva, Lori (Steve) Tollie of Lewisville and Leslie (Scott) Frady of Sylva.  He also leaves behind one sister Ellen (Daryl) Stewart of Cashiers, one sister-in-law Linda White of Franklin and two brothers Junior White of Brevard and Bob (Donna) White of Rosman.

He was an ordained Baptist minister and enjoyed preaching in many local churches in Jackson County over the years.  He was an avid hunter and enjoyed spending time with his family.  He loved to work outdoors and ran a successful construction business with his son Greg for the last twenty years.

In addition to his wife and three children, he leaves behind five grandchildren and one great grandchild.  As much as it hurts the family to know he is gone, the family takes comfort in knowing where he is, death shall be no more, neither shall there be mourning, nor crying, nor pain anymore, for the former things have passed away.

Graveside services will be at Fairview Memorial Gardens on Tuesday August 25 at 2pm with Reverend Robert Styles officiating.  The family asks in lieu of flowers, donations can be made in Andy’s name to Saint Jude Children’s Hospital or Hospice Care of Jackson County.

To order memorial trees or send flowers to the family in memory of Andrew Stephen White, please visit our flower store.