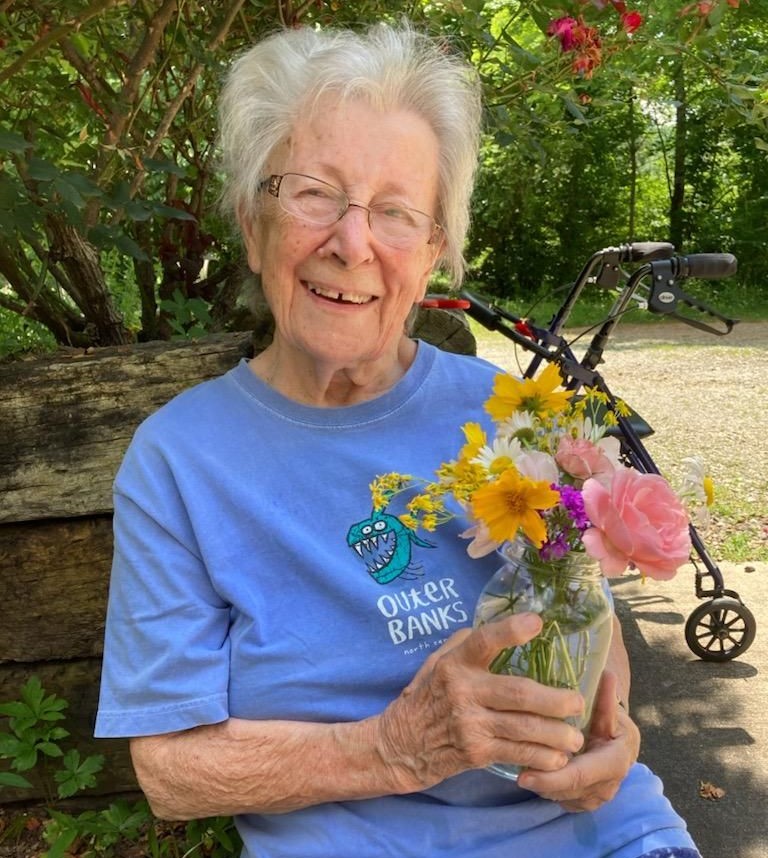 Astrid Vyt Potter had an amazing life.  Born in Duisburg, Germany in 1936, she spent her early years on the family’s barge traveling the Rhine.  As a child, she survived the bombings of World War II in Brussels and the deprivation of post-war Germany, stealing coal and playing soccer in the street for fun (yes stealing the coal was fun).  She was fluent in 4 languages by the time she finished high school, having lived in Belgium and Germany by that time.  She then worked for the U.S Embassy in Brussels and came to the United States in her early 20s, fascinated by what she had only seen on screen – the American cowboy movies that her dad would take them to every Sunday.  She then brought over her younger sister, Ingrid Vassanelli, who still lives in Owings, MD.  She worked and traveled in the U.S. for several years until she met and married her husband, Clarence Scott Potter, in 1965.  She is survived by her 2 children, Lynn Payne, of Centreville, MD, and Graeme Potter, of Sylva, NC.  Her most fulfilling jobs were as a real estate agent with REMAX for 25 years and helping to raise her four grandchildren, Sean and Eric Payne of Centreville, MD and Mackenna and Tessa Omer of Sylva, NC.

To order memorial trees or send flowers to the family in memory of Astrid Potter, please visit our flower store.