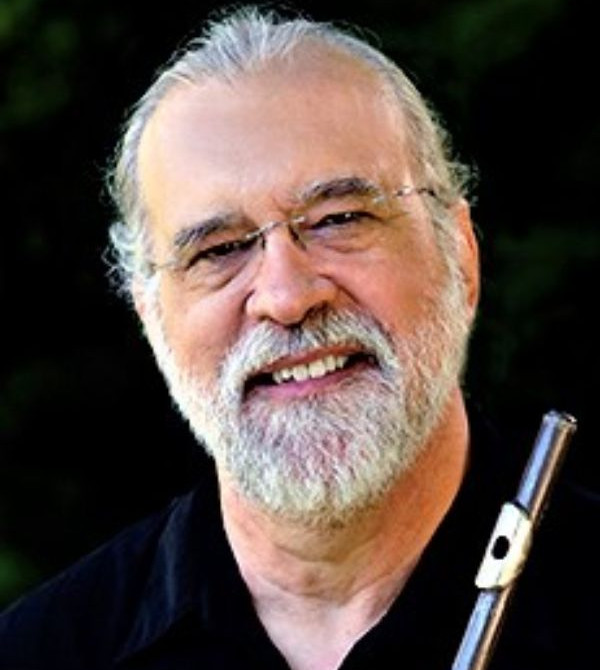 Benjamin Eldred Spell was born to James Everett Spell and Cornelia Delphine Crum Spell on May 14, 1953 in Charleston, SC. He passed away on December 7, 2022 in Cullowhee, NC.

Eldred, as he preferred to be called, grew up in Charleston and developed a love of kayaking and was a constant tinkerer and experimenter. He began playing the flute in Mrs. Whites' 7th grade music class. All these activities laid the foundation for life’s work.  Eldred graduated from St. Andrews High School, Charleston, SC. He earned a bachelor’s degree in music at Furman University in Greenville, SC, a master’s in music at East Carolina in Greenville, NC and his PhD at Michigan State University.

Eldred was in his 35th year of teaching flute at Western Carolina University. He loved teaching and considered his students as the most important part of his career.  In 1995, he received the very first James Dooley Excellence in Teaching Music Award. In 2018, Eldred's former and current students commissioned a new work by WCU professor Bruce Frazier that was performed at the National Flute Association Convention during a concert entitled "Dedicated to our Beloved Teachers.

In 2020, his current and former students organized the first annual Eldred Spell Flute Festival and established a scholarship fund in his honor.  Eldred’s knowledge of flutes and abilities to develop tools allowed him, with colleagues in England, to develop an improved scale for the flute that is now in use by several major flute makers, and supply many of the finest piccolo players around the world with highly prized piccolo headjoints.  Eldred’s reputation as teacher, performer, and maker of flutes was truly international.

He loved cats and kayaking, often taking his students out on local waterways. He loved hosting his family at his property in Smoaks, SC for a Thanksgiving Feast.

In lieu of flowers, contributions may be sent to the School of Music at the Western Carolina University, with “Eldred Spell Flute Studio Endowment” on the memo line.

To order memorial trees or send flowers to the family in memory of Benjamin Eldred Spell, please visit our flower store.