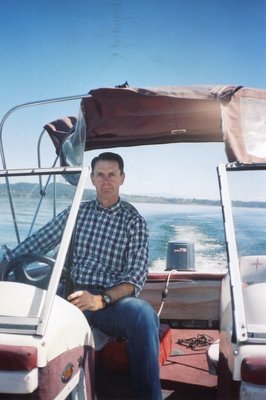 William C. “Bill” Austin, age 74, of Sylva passed away Wednesday, June 19, 2019 at Mission Hospital of Asheville, NC.  Mr. Austin was born July 8, 1944 in Dearborn, MI. He was the son of the late Roy and Mae Mildred (Jennings) Austin.  He was the husband of Nohemy Hernandez Chavez Austin. He is survived by two brothers; Jim and Roy Austin.

A resident of Sylva and Fort Myers, FL, spending half the year at each location, Bill was most recognizable locally as the welcoming face at the Jackson County Airport for those flying in and out.

Bill kept an airplane at the airport and for decades donated his time and efforts towards general aviation. He volunteered countless hours doing anything he could to help the airport put its best foot forward. No job was above or below him.

He spent his life in service to his country as a United States Coast Guardsman, retiring as a Lieutenant Commander. He was trained as a fireman and policeman, as well as recently as this year flying Coast Guard Auxiliary missions.

Bill was a devoted husband and stalwart of a family that included branches both in the United States and in Honduras. All who knew him considered him “just a phone call away for help.”

It was probably the fireman in him that kept him answering every call, and it was ironic that although he was regarded as a bighearted man, it was his heart that ultimately and unexpectedly failed him.

A graveside service will be held on Sunday, June 23, 2019 at Parris Cemetery in Sylva, NC at 3:45 pm. The family will receive friends prior to the service from 2:00 until 3:30 pm at Appalachian Funeral Services of Sylva, NC.

In lieu of flowers, the family requests that memorial donations be given in Bill’s name to:

Additional obituary information will be published as it becomes available.

To order memorial trees or send flowers to the family in memory of Bill Austin, please visit our flower store.