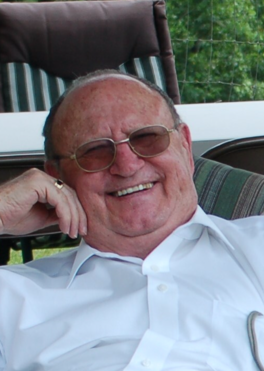 Charles Edwin Jackson, 86, of Sylva, NC passed away February 15, 2020. He is the son of the late Hayes and Catherine (Lusk) Jackson. He is survived by his wife of 46 years Pamela Buchanan Jackson. Charles served in the United States Army where he retired as a Master Sargent. He served as a Green Beret, Army Ranger and with the 82nd Airborne. During his time in the military, he served both in the Vietnam and Korean Wars, he was an ROTC instructor at Clemson University and retired from the Army shortly after his last assignment; serving at the Pentagon. After his military career he served as a pastor in several counties in the area. He is survived by four children Terri Tarrer, Don Jackson (Elaine), Lisa Williams and Helen Westmoreland (Lee); several grandchildren and great-grandchildren; and his four siblings: Wayne Jackson, Edith Webb, Estelle Webb and Juanita Stewart. He is preceded in death by one son David Jackson and one sister Doris Hart. Funeral Services will be held Saturday February 22, 2020 at 1:00 pm with Rev. Dennis Burrell and his son-in-law, Lee Westmoreland officiating. The family will receive friends one hour prior to the service. Burial will follow at New Savannah Cemetery. Honorary pallbearers will be James Lee Buchanan, Tyson Buchanan, Lee Westmoreland, Ryan Lambert , Mike Deitz and Charles Ramey. Appalachian Funeral Services is handling arrangements for the family.
To order memorial trees or send flowers to the family in memory of Charles Edwin Jackson, please visit our flower store.