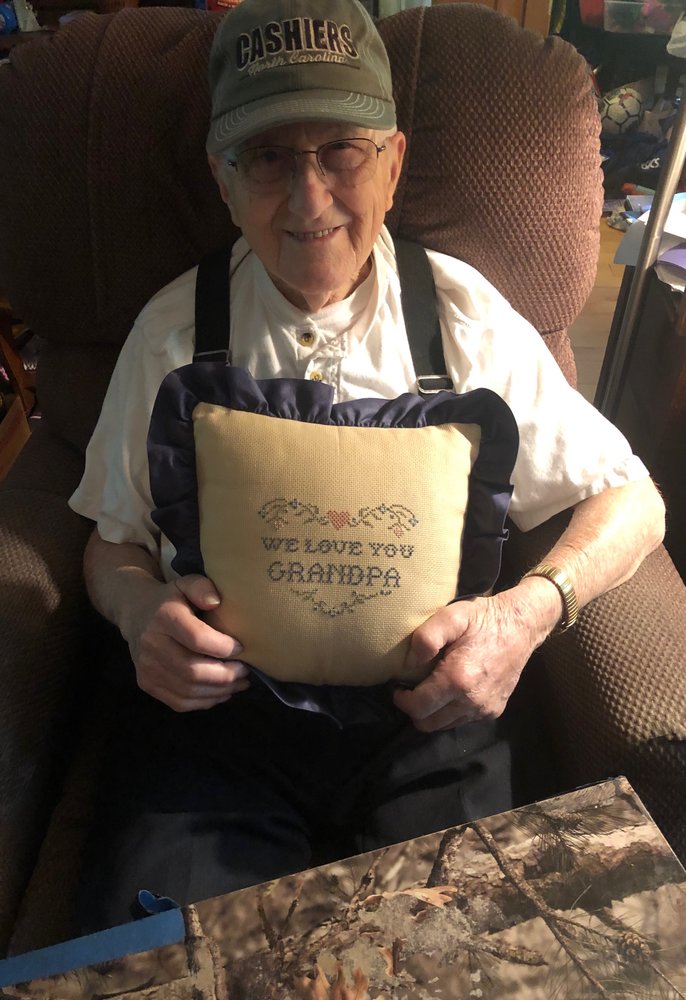 Charles Allen Ward, 90, of Cashiers passed away on Monday, December 23, 2019. He was the son of the late John Ward and Pearlie Hedrick Ward. In addition to his parents, he was preceded in death by his wife of thirty-six years, Margo Jean Ward. Also preceding him in death were two brothers; James "Franklin" Ward and Hoy Leon Ward; three sisters, Neaty Ward Daughtery, Helen Marie Michael and Willia Veigh Thomas; and a step son, Todd Goodwin. Charles grew up in Denton, North Carolina and attended North Carolina State University. He received a BS in Agricultural Education in 1952. Charles served in the United States Army from 1952 until 1960 were he served two years active duty and four years in the reserve then moved to Cashiers where he taught at Glenville School and then Blue Ridge School for twenty-eight years. Charles continued to teach woodworking at the Cashiers Senior Center until recently. Charles organized the founding and building of the Cashiers Community Center, which was completed in 1960. He was also instrumental in starting the Cashiers Fire Department and Rescue Squad, serving as Captain of the Glenville-Cashiers Rescue Squad from 1955 until 1983. He founded the Home and Land Maintenance Inc. in Cashiers and was secretary of the Lion's Club for many years. He was a member of Cashiers United Methodist Church for many decades serving as an Usher. Charles is survived by a daughter; Charlene Ward and her children, Chase Coggins, Hope and Amber Ward; grandchildren, Quinton Cody Goodwin (Jessie) and Clinton Andrew Goodwin (Meghan); stepdaughter, Jodi Bayes (Brad) and children, Katarina and Autumn Bayes; stepdaughter, Dawn Goodwin and children, Shania Goodwin, Cheyenne and Anthony Barker; and many great-grandchildren. Funeral Services will be held Saturday, December 28th at 2:00 pm at Cashiers United Methodist Church with the Rev. Wes Sharpe officiating. The family will receive friends from 11:00 am - 2:00 pm at the church prior to the service. Burial will follow in the Upper Zachary Cemetery. In lieu of flowers donations may be made to Glenville-Cashiers Rescue, 79 N. Norton Rd. Glenville, NC 28736.
To order memorial trees or send flowers to the family in memory of Charles Allen Ward, please visit our flower store.