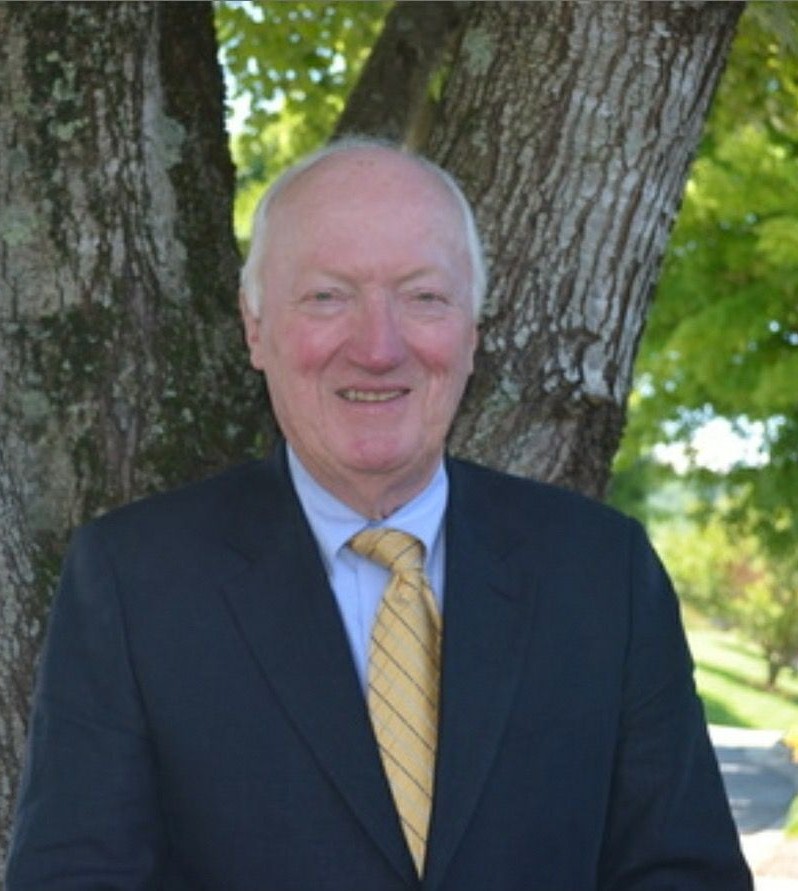 Jerry Alan Coffey, PhD, 77, of Webster and Biltmore Lake, NC passed away peacefully at Haywood Medical Center on Saturday, January 15, 2022. Jerry was born on June 4, 1944, in Indianapolis, Indiana. He was preceded in death by his parents Oscar and Katie Coffey, and his wife of 54 years, Laura Lee Denton.

Jerry is survived by his family, whom he deeply loved; his daughter Jennifer Coffey Frady of Webster, her husband Jason Frady; his son William Coffey of Sylva, his wife Shelly Coffey; his grandchildren Jase, Gracie, Gavin, and Gable Frady; his brother Larry Coffey of Winston-Salem, his wife Snezana Coffey, and their son Nick Coffey; and those special to him that he cherished as his own, special daughter Chimene Mathis, her husband Chas Mathis, and grandson Colton Mathis. He is also survived by numerous nieces, nephews, and cousins, as well as many dear neighborhood friends, lifelong friends, and professional colleagues.
Jerry obtained his undergraduate degree in psychology from Hanover College and then earned his Masters and Doctorate degrees from Indiana State University. He began his career as a Professor of Psychology at Wester Carolina University in the early 1970’s before opening his private practice with wife Laura in 1984. Jerry was instrumental in bringing psychological services to the seven western counties in North Carolina as a founder of the Western North Carolina Mental Health System. Along with his wife, Jerry maintained Sylva Clinical Psychology right up to his passing, providing psychological services to countless patients throughout the communities of WNC.
In addition to his professional career, Jerry found happiness hiking, camping, and attending concerts. In addition, he held a deep love for auto racing that began as a young boy, led to a brief, amateur racing career, the founding of the Spirit of the Smokies Car Show and Auto-Cross, and was punctuated with his family’s yearly pilgrimage to the Indianapolis 500. Jerry held a strong conviction that experiences were more important than gifts. Therefore, most everyone that was close with him was able to share in these experiences.
Jerry was passionate about his focus in psychology: caring for children. His work in the WNC school districts along with the families he saw privately established the credo that he lived his life by: It’s never too late to have a happy childhood.
A service will be held on Friday, January 21st at 2:00 P.M at Appalachian Funeral Home; visitation with the family will proceed the service and will begin at 1:00 P.M.
In lieu of flowers, the family requests donations to be made in his honor to the animal rescue of your choice.

To order memorial trees or send flowers to the family in memory of Dr. Jerry A. Coffey, please visit our flower store.