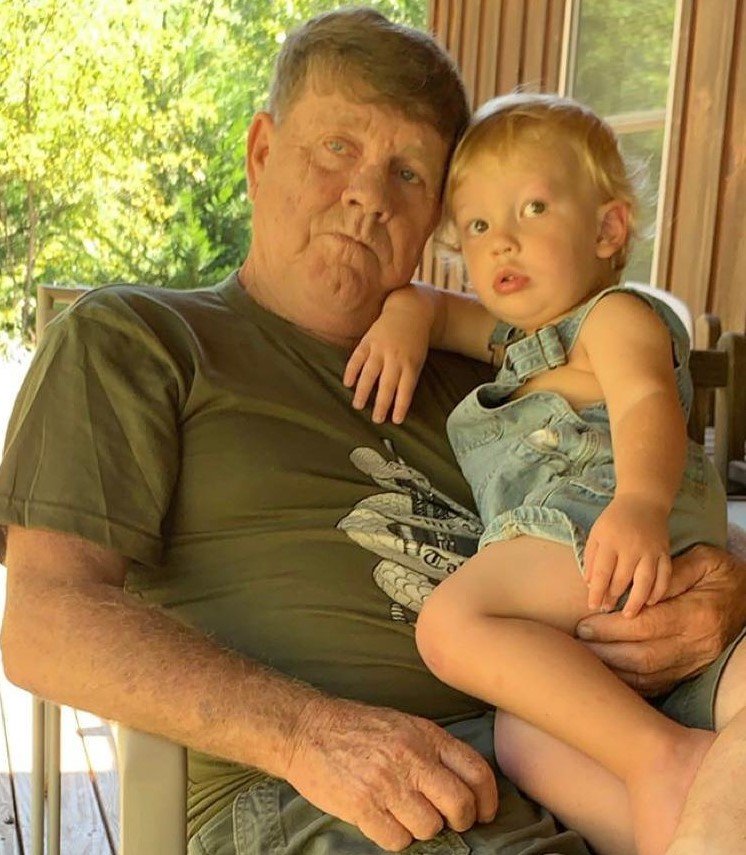 Eddie Queen was born July 6th 1951 to Lawrence “Cot” and Mamie Queen. He was an avid outdoorsman, hiking, hunting and fishing. He spent his whole life building. He spent his first job phase running equipment and crushing stone.  He spent many years farming Christmas trees. He was blessed to find a position midlife bringing him close to home sawmilling and developing in to a fine woodworking craftsman. He left Jackson County for his heavenly home on August 5 2021.

He fell for a brown haired brown eyed beauty. His soulmate Gwen Broom stole his heart. They shared over 50 years of marriage. She gave him the apple of his eye Melanie Moody (Tony). He took her with him everywhere including fishing and her first job driving a dump truck for him. He cried all night the day the curly haired stranger took her away.  His heart filled with joy when his first grandchild Samantha Stewart (Hunter) brought them back to the mountains. He thought his child was wonderful, until he experienced the joy of being a grandparent.

Not shortly after they returned, they gave him his best friend Jacob Moody. His new sidekick went with him all over these hills and learned all about exploring these mountains.  His youngest grandchild Jessica Moody came along and he spent many a day baiting her hook with him loving on her all the way. He thought the joy of grandparenting could not be outdone. Boy was he wrong. In comes Elijah Stewart and before he was four Papaw had him running equipment.

Eddie was the most giving person. He did so many things for so many people. His strong personality, wit, charisma and jokes would charm a whole room, but he was still just a very simple man. He loved the mountains, but he loved nothing more than his family.

The family will have a private service at a later date.

To order memorial trees or send flowers to the family in memory of Eddie Queen, please visit our flower store.