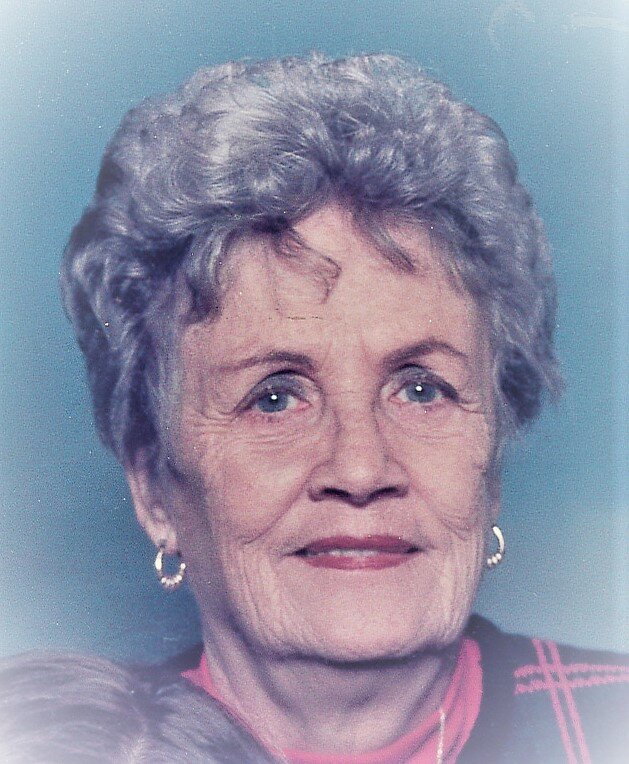 Elizabeth worked for many years at Burlingon Industries, Eastgate Pharmacy and Ruby City.  She enjoyed working in her flowers and travelling the US bowling with her bowling team.  She enjoyed and loved her church family at Wesleyanna United Methodist Church.  The most important thing to her on this earth was her family especially all her grands.  She is also survived by a brother, Doug Thompson of Franklin,  her daughter, Gloria Jean Carr of Sylva; a son, Nicky Howard Buchanan (Melanie) of Beaufort, SC; a special son, Jerry McCall (Janet) of Franklin, NC; a grandson, Christopher Howard Pressley (Jen) of Sylva, granddaughters, Jennifer Lynn Pressley of Sylva; Lindsay Leopard (Brian) of Franklin, Cristen Carr of FL; Cathy Carr (Jerry) of Fletcher, NC; great grandchildren, Graham, Katie (Harrison), Melody, Savannah (Hunter), Sarah, Grace, Emma, Sydney, Alex, and Charleigh; great great grandchildren Emmett, Lilly, and Harlan; sister-in-laws, Bea and Norma Thompson; and several nieces and nephews with a special thank you to niece Cecilia B Morgan. The family would like to thank all the caregivers at VERO who loved and treated her with so much care as well as Four Seasons Hospice .

A celebration of life will be held in October with details at a later date.  In lieu of flowers, donations may be made to the Wesleyanna Cemetery Fund in care of Jean Buchanan, 145 Garland Buchanan RD, Sylva, NC 28779 or Four Seasons Hospice, 571 South Allen RD, Flat Rock, NC, 28731

To order memorial trees or send flowers to the family in memory of Elizabeth Buchanan, please visit our flower store.