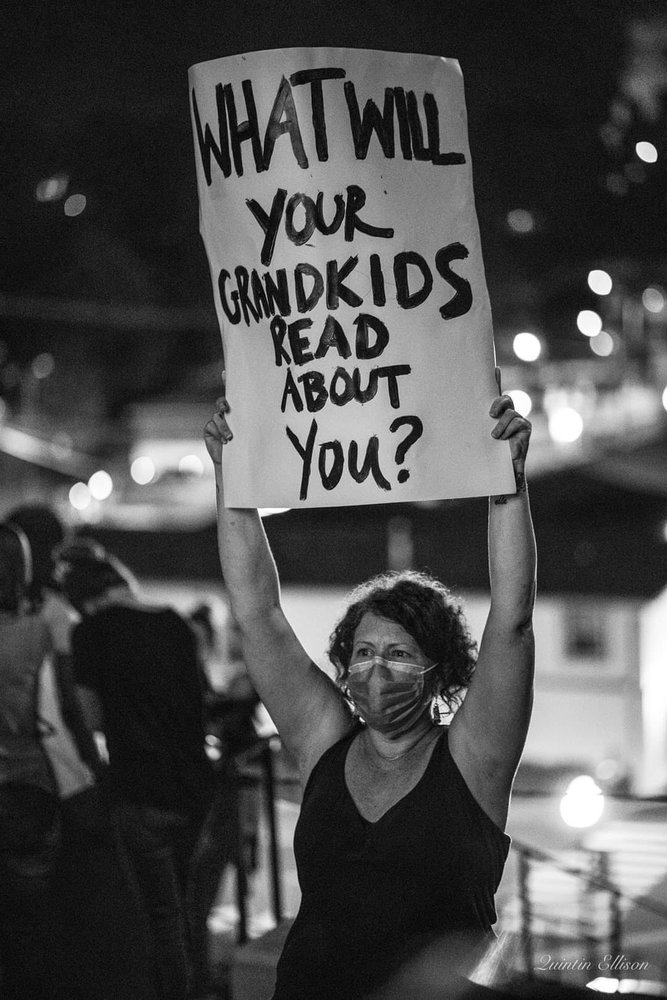 Erica was born August 22, 1972 in Sylva. She graduated from Smoky Mountain High School in 1990. Erica went on to graduate from UNC-Chapel Hill in 1999 with a Major in Linguistics, and in 2005 earned a Masters in Communication Disorders from Western Carolina University. She passionately served families in Western North Carolina as a Speech Language Pathologist. She was admired not only for her tremendous skill, but her ability to help children and their families live happier lives. In so many ways, she helped people find a voice through the power of her own. Erica’s life was cut short, but her influence will live on through the voices she lifted.

Erica was loved dearly by her family and countless friends, and she loved them all back fiercely.  She lit up every room she entered, and could ‘set it afire’ if needed.

Erica believed that the things which separate us are nowhere as strong as the ties that hold us together. In the words of one of her favorite songs, which she would occasionally perform beautifully: “This wall divides us. We're on two different sides.

But this wall is not real, how can it be real?

It's only made of concrete and barbed wire.”

Erica is survived by her daughter, Ella, her Mom and Dad, Edna and Dave, her brother and sister-in-law, Brad and Kendall, her niece, Magnolia, and countless friends; All who will sorely miss her passion and compassion.

A candlelight vigil was held at the fountain in downtown Sylva on Sunday, January 31 in Erica’s honor.  On many evenings over the last several months, she volunteered her time at the same location peacefully protesting for Unity, Justice and Equality in our community. It was a befitting gathering place to honor her legacy. Erica would want us all to continue the fight for those causes in her memory.

Erica’s family invites her community of friends, local and afar, to join them Saturday, February 6 from 2:00-3:00 PM at Appalachian Funeral Services in Sylva to celebrate her life. In lieu of flowers, the family asks that donations be made to HERE in Jackson County or Advocates for Animals of WNC.

May a powerful, loving woman Rest In Peace. We love you, miss you, and will never forget you, Erica.

To order memorial trees or send flowers to the family in memory of Erica Suzanne Waldrop, please visit our flower store.