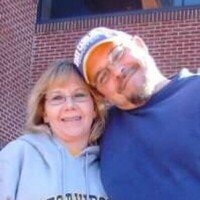 A Service of Remembrance will be held at 2 pm Saturday, September 12, 2020, at First Presbyterian Church, 582 Southwood Drive, Eden, NC 27288,  with Rev. Peter Smith officiating.  The family will receive friends from 1-2 pm at the church before the service and other times at the residence.

Mac was born in Greensboro on July 11, 1970, a son of Eugene Early McDowell, III and Judy Wiles McDowell, both deceased.  He was a truck driver for Averitt Express and a member of First Presbyterian Church.  He was an avid lover of history, football, grilling, and spending time with his friends and family.

In addition to his parents, he was preceded in death by his sister, Anna McDowell Nash.

Memorial contributions may be directed to the ALS Foundation.

To order memorial trees or send flowers to the family in memory of Eugene Early "Mac" McDowell, please visit our flower store.