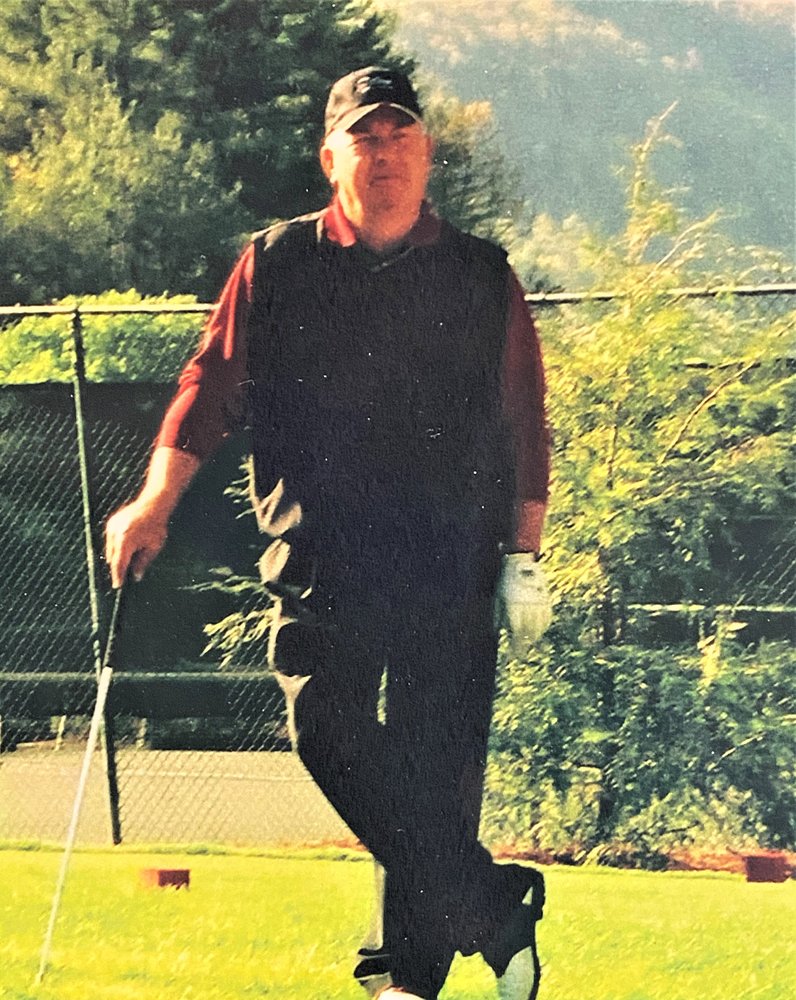 It is with deepest sorrow and heart break that we announce the passing of Gary Roland Peek. Gary passed peacefully at his home in Cashiers, NC, March 5, 2021.

Gary was born May 3, 1943 in Franklin, NC to Allay Roland and Marie Keener Peek. He worked on the family farm throughout high school before joining the United States Air Force. He served in the Air Force for over 4 years and during that time was deployed to Cam Ranh Bay, Vietnam with his Sentry dog. He was honorably discharged in February 1967. He came home and enrolled at Western Carolina University and graduated with a bachelor’s degree in accounting. While studying at WCU he worked part-time at the radio station, gas station and Franklin Golf course. His time at the golf course formed a life-long passion for the game of golf.

Gary was hired by Wachovia Bank in Franklin, NC as a collector. He was promoted quickly and accepted the position of manager of the Cashiers branch where lifelong friendships were formed and he became heavily involved in many charitable organizations. Gary moved the family to become Assistant Vice President and manager of the Wachovia branch in Sylva.  He retired from Wachovia and moved back to Cashiers where he managed Carolina Community Bank and subsequently United Community Bank. He retired from UCB and enjoyed his final years on Silver Run Road.

Gary was passionate about work, the outdoors and his family who meant the world to him. However, golf was his true passion. The golf course was his place of comfort and nemesis! Somehow, he always found himself at the top of the leaderboard. Maybe it was having every new club, every old club and latest instructional video but invariably Gary was usually the last to putt in the scrambles he participated in and like a scene from Jaws, the “great white shark” putter would appear and “Drano” Peek would sink another putt! Those days, the tournaments, the dogfights were what kept him going.

As his family, friends, and golfing buddies and others who knew him read this brief summary of his life, they will remember his dedication to those in need. If you didn’t have the privilege to know Gary Peek, just ask the person next to you. Gary left a lasting footprint on his beloved mountains and truly had a “Life well Lived”.

To order memorial trees or send flowers to the family in memory of Gary Roland Peek, please visit our flower store.