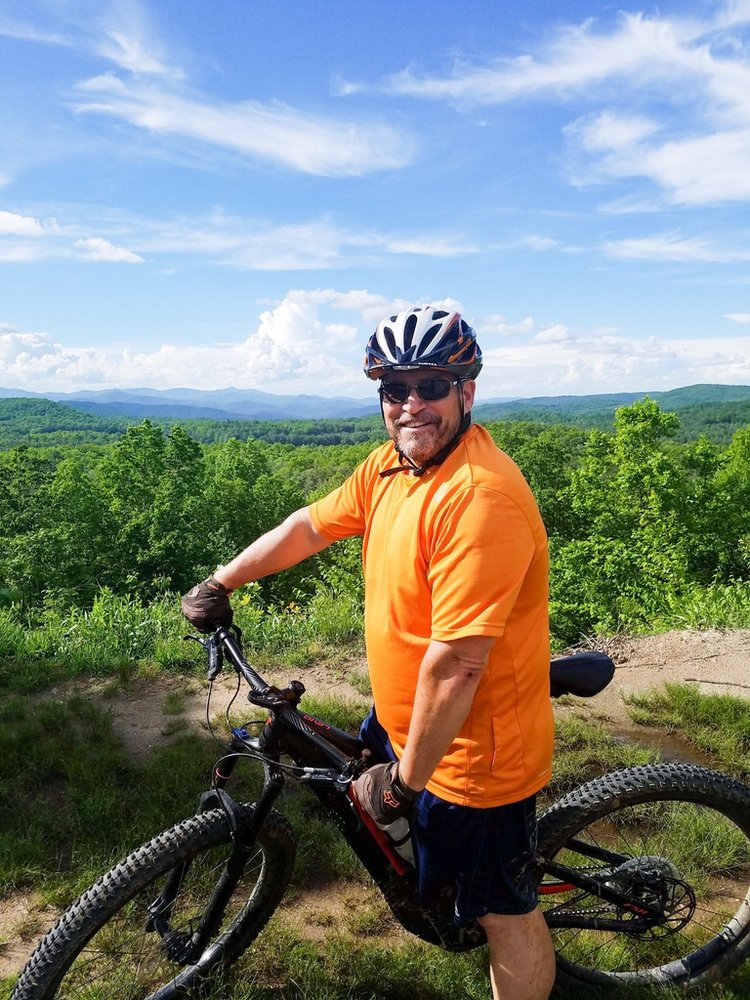 Hank Dowling,54, a man of faith and family, passed away unexpectedly January 7, 2020. He was loved by all that knew him and will be dearly missed. He worked as a logistics technician at Genesys in Asheville. Hank enjoyed riding mountain bikes along with many other activities. He was a golfer, a hunter, a fisherman, a Harley rider and was an avid Green Bay Packers fan. He was one of the founding fathers of the Mason Jar hunting club in Cullowhee, and was a member of Fall Cliff Baptist Church. His life was surrounded by family and friends whom he loved very much. He loved spending time with his wife Teresa, son Kyle, step-son Jason and Dustin, and his six grandchildren. He was born in Asheville, North Carolina and was the son of Henry Grady Dowling Jr. of Webster, North Carolina and Dottie(Carman) Dowling of Sylva, North Carolina. He was preceded in death by his infant daughter Chelsey LeeAnn Dowling, maternal grandparents Wade and Helen Carman, paternal grandparents Henry Grady, Sr and Anna Laura Dowling, as well as his dear friend Michael “Perry” Montgomery. In addition to his parents, Hank is survived by his wife Teresa Stephens Dowling, his son Kyle Henry Dowling (Mandie), stepson’s Jason Ramsey (Jamie) and Dustin Ramsey, six grandchildren; Brody and Tucker Dowling as well as Victoria, Lauren, Jason Junior, and Alexandra Ramsey, sister Anne Nixon (Keith), Brother Patrick Dowling (Paige) And nieces and nephews Jesse and Danny Stephens, Hannah Nixon, David Nixon, and Rebecca Nixon, and cousins Wilson and Grady Kittrell, and Aunt Dorothy Cooper. A celebration of life service for Hank will be held at 2:30 PM on Saturday, January 11, 2020 at Southwestern Community College auditorium in Sylva, North Carolina. In lieu of flowers, a college fund for his grandchildren has been set up at State Employees Credit Union with branches in Sylva and Brevard. Appalachian Funeral Services in Sylva, North Carolina is managing his arrangements.
To order memorial trees or send flowers to the family in memory of Hank Dowling III, please visit our flower store.