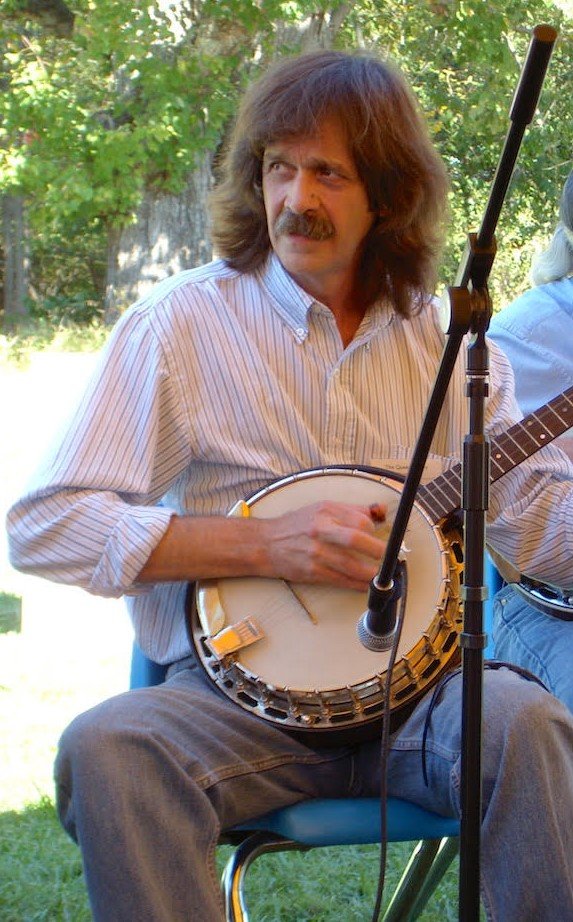 Henry Queen, 67, of Cullowhee, NC passed away Tuesday, February 18, 2020. He is the son of the late Claude H. and Mary Jane (Prince) Queen. He is survived by his partner of over 20 years Dianne Gholson. Music came as naturally to Henry Queen as breathing. He lived in the mountains of western North Carolina and came from a long line of folk traditional musicians with roots back to the British Isles. His father, Claude Queen, played guitar and banjo, sang and danced. Mary Jane Prince Queen, his mother, was a renowned, award-winning balladeer and banjo picker. He and all seven siblings play multiple instruments and/or sing, and were greatly influenced by their parents and grandparents, as well as folks who came to work on the railroad or in the lumber mills nearby. When radio became available, the Queens gathered around to listen to the music of the Carter Family, the Stanley Brothers, Jimmie Rodgers (Henry can yodel just like him), Lester and Earl, and Doc Watson. Henry's favorite was Doc, and he was lucky to later befriend him. The Queens were immersed in music from the time they were born. Henry was nominated for the NC Heritage Award not only because of his musical skill, but also because of his contributions to the preservation of traditional music and a simple mountain lifestyle. The song "Whoa, Mule" takes on personal significance because he can remember plowing with a mule when he was a boy. He grew most of his food while residing at the old family home place, more than 200 years old. A true love of the land kept him rooted close to home. He performed at Night of the Arts at the Kennedy Center and also participated in the NC Visiting Arts Program. Henry won several awards throughout his life including, Old Time Banjo Award-Asheville Folk and Dance Festival – 1989, Charlotte Folk Music Society Award – 1992, The Mountain Heritage Award – 1999, North Carolina Folklore Society-Brown Hudson Award – 2001, Accepted National Heritage Fellowship Award for Mary Jane Queen – 2007. He worked at the North Carolina Center for the Advancement of Teaching (NCCAT), the Mountain Heritage Museum, John Campbell Folk School, Mars Hill College, and many public schools across the state. He was involved with JAM (Junior Appalachian Musicians) and the Community Jam and other programs at Western Carolina University. So often family and friends gathered on the porch to sing and pick, telling old family stories, for hours. Music and Family meant so much to Henry. Often in his later years, Henry preferred to pick his music simply for his own pleasure and love of it. In addition to Dianne is survived by six siblings, James “Jr” C. Queen (Phoebe), Dorothy “Dot” Q. Conner (Ralph M.), Albert Queen (MaryLee), Delbert Queen (Joanie), Kathy Q. Hayes (John) and Jeanette Queen; one son Jonathan Henry Queen and several nieces and nephews. He is preceded in death by one sister Carolyn Q. Young of Lyman, WA. A memorial service will be held Sunday, February 23, 2020 at 2:00 pm at Appalachian Funeral Services with Dianne Gholson officiating. The family will receive friends one hour prior to the service.
To order memorial trees or send flowers to the family in memory of Henry Queen, please visit our flower store.