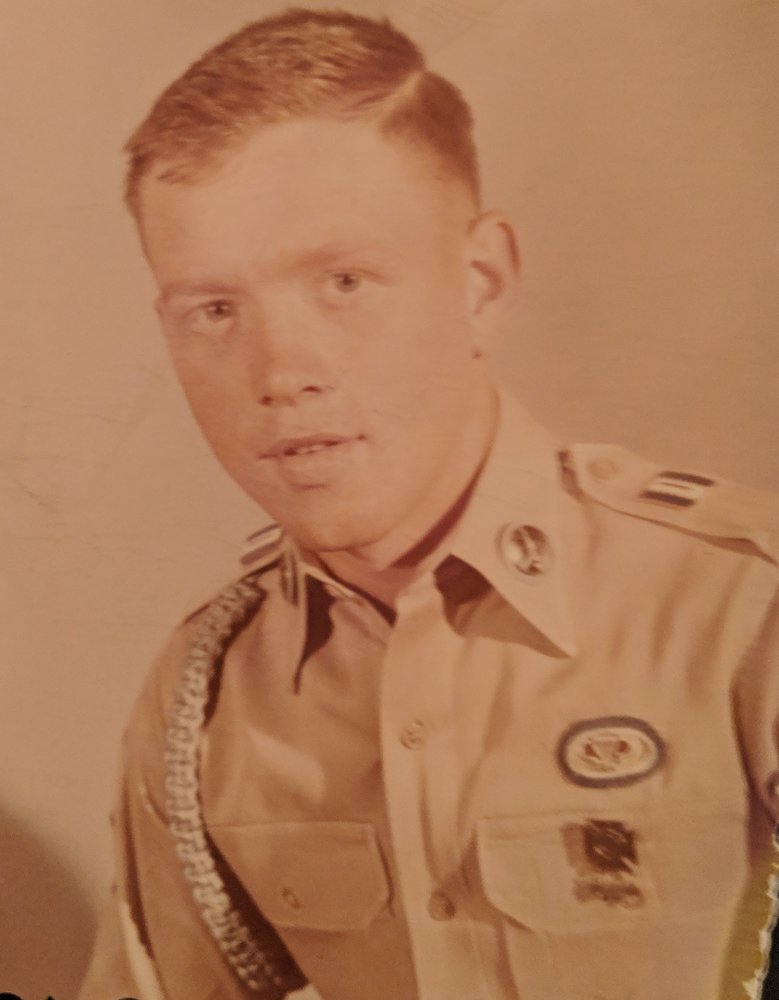 James Burton "Burt" Farmer, 81, went home to be with the Lord on Monday, December 31, 2018 at Skyland Care Center in Sylva. He was the husband of the late Mildred Carter Farmer and the son of the late James Bedford and Martha Manilla (Hall) Farmer. Burt served honorably fourteen years in the U.S. Army Special Forces as a Platoon Sergeant in the Airborne Infantry Division. He was especially proud of his service to his country. He served ten years with two airborne divisions; the 11th and the 101st. He also served four years with Special Forces; the 10th in Germany and the 5th in Vietnam. His awards from his time in service were; The Bronze Star, The Purple Heart, Army Commendation Medal, Armed Forces Expedition Medal, Good Conduct Award with three knot clasp, Berlin Occupation Ribbon, Vietnam Service Medal, Senior Parachute Badge, Ranger Tab, Jungle Warfare Tab, and Path Finder Torch Tab. Burt loved hunting, fishing, reloading, playing music, and wood working. He dearly loved his family. In addition to his wife, Mildred and his parents, he was preceded in death by eight brothers and four sisters. Survived by one daughter; Charlene (Jamie) Clark; one sister, Anna Ruth Ashe; two brothers, Joe Farmer and William Patrick (Shirley) Farmer. He is also survived by several nieces and nephews. Services will be held on Friday, January 4, 2019 at 2:00 p.m. in the chapel of Appalachian Funeral Services with the Rev. Johnny Davis and Rev. Pat Farmer officiating. Burial will follow in Fairview Memorial Gardens. The family will receive friends from 12:00 until 2:00 p.m. prior to the service. .
To order memorial trees or send flowers to the family in memory of James Burton Farmer, please visit our flower store.