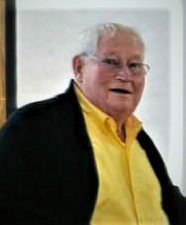 Jerry Dills, 79, of Sylva, NC transitioned to heaven on August 6, 2021 with his loving wife and daughters by his side. Jerry was the husband of Winifred Brown Dills and the son of the late Charles Ernest Dills and Mattie Jacobs Dills of Dillsboro, NC. Jerry had three daughters, Lisa and Sean Barr of Gainesville, GA, Stephanie and Todd Baucom of Cullowhee, NC and Glenice and Craig Roberts of Asheville. Jerry had nine grandchildren, one grandchild in heaven and three great grandchildren.

Jerry is the brother of Peggy Garwood and Charlie Dills of Sylva, NC. He also had numerous special nieces in his life as well.

Jerry was a local business owner in Jackson County his entire life. Jerry was a successful restaurateur for portions of four decades. He owned and operated Robbie’s Charburger in the 70’s and the recent twenty-tens, Jerry’s in Cullowhee in the 80’s and the Burger Shak during the 90’s and early 2000’s. He had a passion for providing quality food at a reasonable price and cherished the friendships he built over those decades, while feeding significant portions of Jackson County on a daily basis. In addition to his restaurant enterprises he hauled gravel around the county and was known as the “go to” guy with local grading contractors when they had a difficult location to place gravel. He operated a successful Christmas Tree Farm at the end of Robinson Creek Road in the Big Ridge Community. The tree farm was a place he loved to spend time, working the land, hosting fish fries with the Coon Hunting Club and cherishing the time spent in these Jackson County mountains he called home. Jerry also had a rollback and operated a small towing and hauling business, a trade and skill he learned from his father.

Jerry opened and successfully operated the first package store in Sylva in the early 80’s.

Jerry and Winnie developed rental properties with spectacular views above their home where others could come and enjoy the beauty of his hometown. They have cherished and are forever grateful for lifelong friendships they developed along the way with people who have come to love their little place in paradise.

One of Jerry’s greatest pleasures was cultivating relationships with his close circle of friends who were like brothers/sons to him. Whether it was a fishing trip to Florida, working on something around the property or just a lunch amongst friends, he valued his time with each one. Jerry was quick witted and always loved to make others laugh. He truly touched the lives of the many people that he crossed paths each day.

Funeral services will be held on August 10, 2021 at 2:00pm with visitation with the family from 12:00-2:00pm at Appalachian Funeral Home in Sylva, NC. Services will be conducted by the Reverends Mike Moore, Bo Brown and Craig Roberts. Pallbearers will be his six grandsons, Mattison Clark, Dillon Roberts, Devin Roberts, Dannon Roberts, Christopher Turpin and Brett Baucom. “Special Son” and Honorary Pallbearer, David A. Broce. In lieu of flowers, donations can be made to The Four Seasons Foundation Angel Fund to ensure that residents of Western NC can continue to receive Hospice Care at no cost to the patient. Donations can be made online at https://fourseasonsfdn.teleioscn.org/angel-fund or call (828) 513-2440

To order memorial trees or send flowers to the family in memory of Jerry Dills, please visit our flower store.