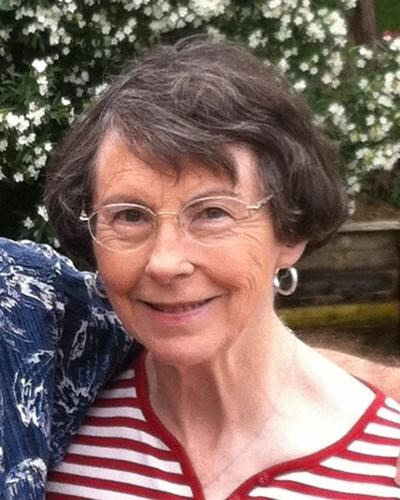 On January 15, 2023, Jo Anne Bradley Wallace, age 83, went to be with her Lord. She passed away peacefully at her home after a long fight with Parkinson’s disease.

Funeral services will be at 2:00 PM Thursday, January 19, 2023 at the First Presbyterian Church of Wadesboro with Pastor Heather McIntyre officiating.  The family will greet friends one hour prior to the service in the fellowship hall.

There will also be a visitation on Friday, January 20, 2023 from 12:00 PM until 1:00 PM at Appalachian Funeral Home, 165 Skyland Dr., Sylva, NC with a graveside service following at 1:30 PM at Old Savannah Baptist Church Cemetery also in Sylva.

Jo Anne grew up in Sylva located in the mountains of North Carolina.  Jo Anne lost her father when she was only three months old to appendicitis, but Jo Anne was blessed with a wonderful and loving extended family (grandparents, aunts, uncles, cousins) and they were deeply a part of her daily life, creating cherished childhood memories. Her mother would later remarry Nelson Tatham.  Jo Anne suffered from asthma as a child but that would not keep her from roller skating and playing with lifelong friend Alice Hart.  As a youth, she was a junior assistant pianist at her church, First Baptist Church of Sylva.  She graduated from Sylva High School where she won The Betty Crocker Cooking Award and went on to graduate from Wake Forest University in 1961 with a Bachelor of Science.  It was at Wake Forest University where she met the love of her life, Hugh, in the library. While in the library, Jo Anne was reading the comics in the newspaper, and Hugh asked her if he could see the business section.  This brief encounter would later turn into a marriage that lasted fifty-seven years until Hugh’s passing in 2018.  They married in 1961 and began their life together in Lancaster, SC.  There they started a family with the births of Steve and Kirk.  They moved to Wadesboro, NC in 1969 where they joined the First Presbyterian Church of Wadesboro and would become lifelong members.  Jo Anne loved the church and appreciated the love and support the congregation gave her, especially in her later years.  Jo Anne was a teacher and taught at several schools in Anson County during her career.  Most of those years were at the former Bowman High School where she enjoyed the fellowship of the other teachers. She valued all the friendships made during her career in teaching.  She retired from Anson County Schools in 1993.  Jo Anne was a member of several Bridge clubs and played regularly.  In her retirement, she enjoyed many trips to the beach with Hugh where she loved collecting seashells. Jo Anne loved her family and enjoyed baking Christmas cookies with her grandchildren. She made each one an apron to wear during the cookie baking and also made each one a needlepoint Christmas stocking. Jo Anne’s body failed her in her later years but her mind was always sharp.  Let us rejoice that she is now in heaven with a renewed body and is forever with Hugh once again.

The family would like to express sincere gratitude to the many caregivers that have cared for her over the years including Angela Hudson, Olivia Chambers, Nancy Hunsucker, Nellie Melton and especially Leslie Lett, and neighbors Linda and Dwight McCormick.

The arrangements are in care of Leavitt Funeral Home and online condolences may be made at www.leavittfh.com.

To order memorial trees or send flowers to the family in memory of Jo Anne Bradley Wallace, please visit our flower store.