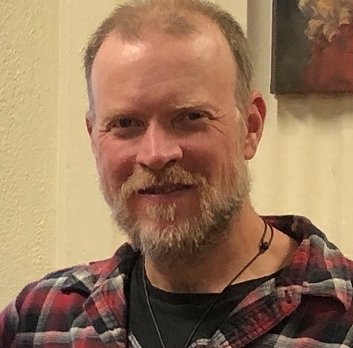 Joseph Michael “Jody” Cooper, age 47, went to his eternal home on February 17, 2019.   Jody was born and raised in Jackson County. He is preceded in death by his father, Michael Dennis Cooper. He was the grandson of the late Joseph Beckham and Martha Emiline Cope Popplewell and Dennis Scott and Charmie Chester Cooper.  He is survived by Susie Cooper (mother) and sister, Michelle Cooper Cagle (Chad) and Niece, Shelby Cagle and his beloved furbabies, Sadie and Lucas.

Jody was a member of East Sylva Baptist Church and was Baptized on July 5, 1981.  He was an avid lover of his family, anything outdoors, his home and all animals.  He was a skilled drummer and had a love for all music.  Jody loved to tinker and could fix just about anything. He loved to ride anything on wheels, including his past hobby of freestyle biking. He was the owner and operator of Cooper Hauling.  He was a very philosophical thinker but was ultimately grounded in his faith and the word of God.  He deeply loved his friends and family.

Memorial services will be held Saturday February 23, 2019 at 5:00pm in the Chapel of Appalachian Funeral Services with Rev. Eddie Stillwell officiating.

In lieu of flowers, please make donations in his memory to the Jackson County Humane Society.

Appalachian Funeral Services is handling arrangements for the family.

To order memorial trees or send flowers to the family in memory of Joseph Michael Cooper, please visit our flower store.