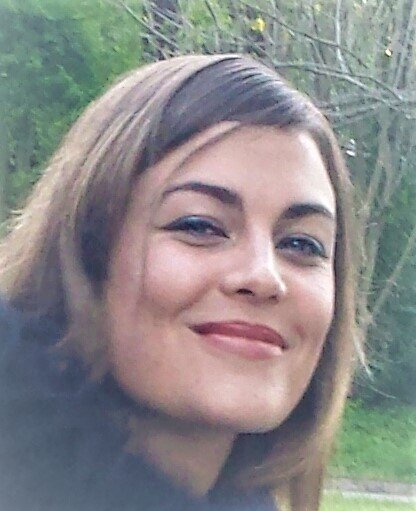 Kalen Victoria Jones, aged 27, passed away on the Sabbath morning of 11 April 2021, in the town of her birth, Raleigh, North Carolina, at her residence in the home of her grandparents, Lloyd and Louise Freeman, who both survive her, and whose home, at the time, was also the residence of her mother, Allison Brown, who is her only surviving parent.

To commemorate her passing, the family will be gathering before the funeral for a memorial dinner to celebrate her life.  Any who wish to contribute memories or sentiments may send them to dlp.mamalufreeman@gmail.com and indicate if you would like them to be read, included in the memorial book, placed in her casket before burial, or which selection or selections of these three options you prefer.

The day following the memorial dinner, a small graveside service will be held in the far west Appalachian Mountains of North Carolina at the Brown Cemetery at Barker’s Creek just outside the small town of Sylva.  On the remote and beautiful mountain that was payment to her forefathers for service in the Revolutionary War, Kalen will be laid to rest in the family cemetery beside her father, Steven Lloyd Jones, who preceded her in death by twenty-one and a half years.

On a stormy night, 30 May 1993, Kalen was born in the same place that pronounced her life over, at Wake Med Hospital in Raleigh, North Carolina. Though she was born in Raleigh, she was raised in the Rocky Mountains of western America, and enjoyed many adventures growing up there.  She loved animals, and, if included, they would form a formidable list, but she particularly loved her German Shepherd, Gehring, with whom she is having a happy reunion.  During her marriage she became a “fishionado” -- sporting tanks in almost every room in her house, including a several hundred gallon underwater world extending practically from floor to ceiling, which tanks all contained scaly creatures who knew and loved her (have you ever seen a person pet a fish?) and that were all named and known by her down to the last little flighty-finned water-dweller.

Kalen was also a fine athlete and played on a championship soccer team in her younger years, and in her high school years, she played on a softball team that also won the league championship.  She also enjoyed water skiing, snow skiing, and long boarding down the canyon river-walk.  She bids farewell to the many defeated pull-up candidates of the opposite sex from whom she wrested not a few bucks due to their unbelief that such awesome beauty was indeed a housing for incredible strength.  Her all-time favorite pastime, though, was gift giving.

She worked briefly as a photography and film star and was featured in a film that debuted at the Sundance Film Festival before deciding she did not relish the spotlight.  So, she went on to work as a waitress and then as an executive secretary at a music store, but it was not long until she married at the age of 19.  Four and a half years later her marriage ended, and she soon returned to North Carolina to be cradled in the warmth of the southern country and people from whence she came—until the end.

She leaves behind a last message which will be inscribed on her grave marker:

“Christ is in charge of us and will redeem our family.

We will be together for all eternity in love.”

Preceding her in death are her paternal grandfather, father, and uncle, and her cousin, Austin Gooch

Kalen Victoria Jones is survived by many loved ones who live throughout the country:

Her mother, 2 brothers, 1 sister, 1 niece, 3 grandparents, 9 aunts, 8 uncles, and 30 cousins all look forward to meeting her again to continue our eternal journey together, as she said, “for all eternity in love.”

" The family requests no flowers."

To contribute to funeral expenses or to support the family's efforts to beautify and preserve the small, remote, family cemetery where she will be laid to rest, please specify and make your donations at: Venmo: @Louise-Freeman-3 OR Paypal  919-608-0281 or dlp.mamalufreeman@gmail.com

To order memorial trees or send flowers to the family in memory of Kalen Victoria Jones, please visit our flower store.