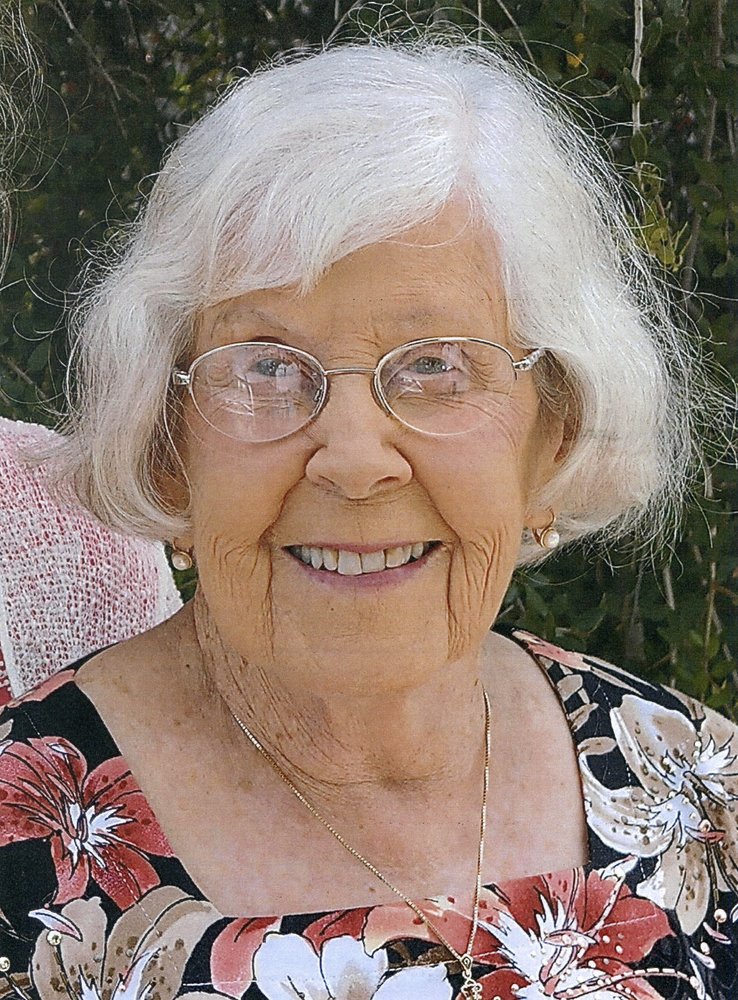 Margaret Emma Atkins Steele Fry died December 23, 2020, quietly in her sleep while taking an afternoon nap at an assisted living facility in Sylva, NC.  She was born August 26, 1921 in Norfolk, VA.  She is survived by her two devoted daughters, Sharon Steele Williams and her husband, John Williams, from Statesville, NC, and Jane Steele Warshaw and her husband Robert Warshaw from Sylva, NC.  In addition, she is survived by her three grandchildren, Carson Cloer Firestone from Coral Springs, FL, and two grandsons, Jeffrey Talbert Pearce and his wife Leslie Ianuario Pearce from Charlotte, NC, and Benjamin Andrew Pearce and his wife Briana Zabel Hensold from Cambridge, MA.  She also leaves three great grandchildren, Spencer Firestone of Coral Springs, FL, Conway Steele Pearce of Charlotte, NC, and Meryl Jean Hensold Pearce of Cambridge, MA.

Margaret was the daughter of Jasper Lewis Atkins and Jane Margaret Crone Atkins, both of whom passed away when she was a child.  She survived two husbands, Eugene Ray Steele and Cecil Rowe Fry and went on to live a blessed and independent life for twenty four years in Taylorsville, NC, where she was adored for her unselfish and generous spirit and in Hickory, NC.  She was a faithful member of Reformation Lutheran Church in Taylorsville.  She lost her sister, Helen Etherington Corday of Las Vegas, NV, a few months before she herself passed.  She moved to Sylva in 2014 to the facility where she passed away at the age of ninety-nine from complications of Covid 19.

Margaret was the person who was always there for her family and friends when she was needed.  She volunteered to help others her whole adult life and was loved by many people.  The unfortunate isolation of the last nine months of her life due to the pandemic quarantining robbed her of the company and comfort of her family, which was everything to her.  She will be mourned by the many who loved her.

To order memorial trees or send flowers to the family in memory of Margaret Emma Fry, please visit our flower store.