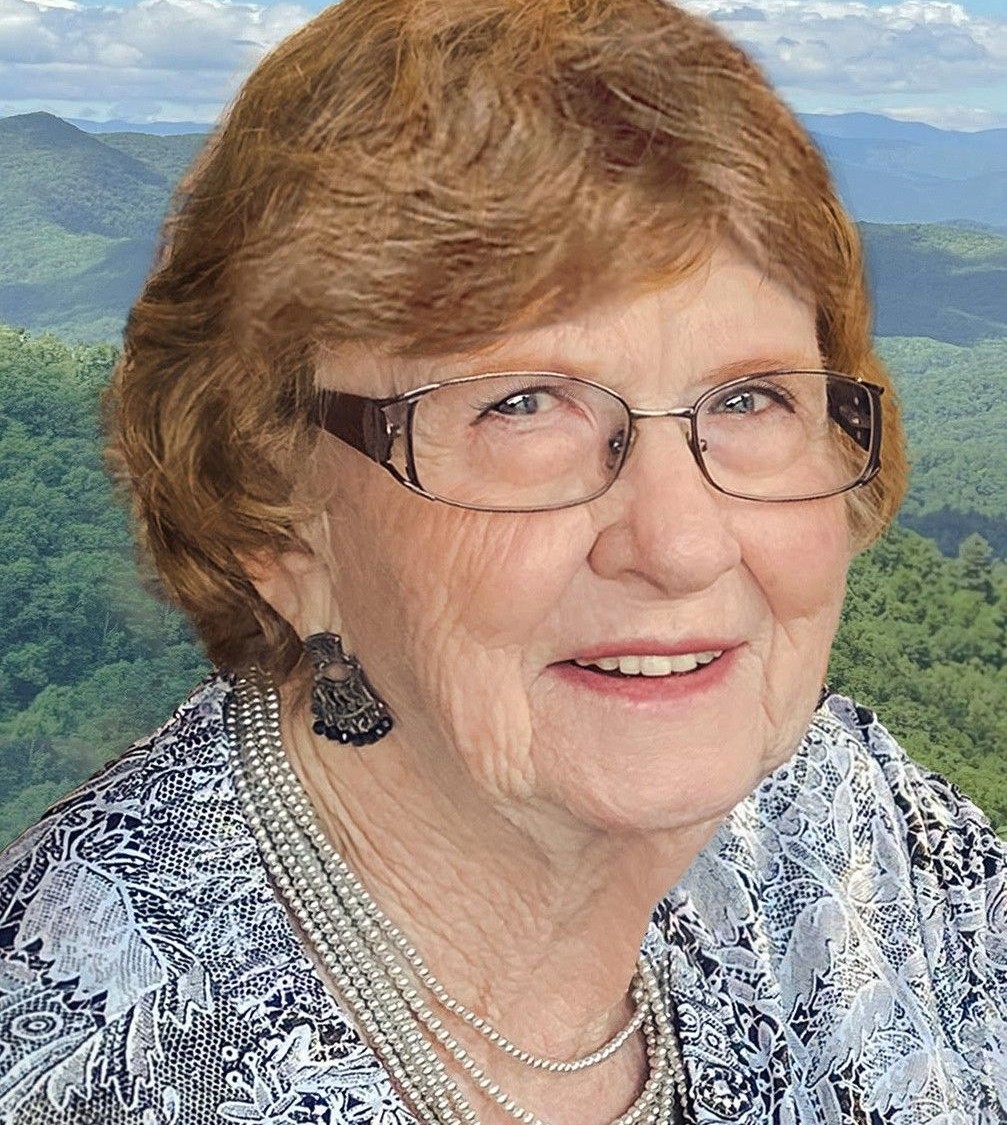 ‘Tis season of Thanksgiving, and we are truly thankful for Martha Jane Winecoff Brethauer. Jane, 89, of Savannah Ridge, passed away on October 2, 2022, in Sylva, NC as a result of a car accident. If she were to write this, the verse would be set to a favorite tune (like so many of our Christmas letters).

Jane was born on August 10, 1933, in Kannapolis, NC, the only child of Neal and Ethel Bost Winecoff. She graduated from Winecoff High School and went on to be the first female physical education major at Lenoir-Rhyne College. The price for being a pioneer was that she had to dress out for activities in the “away team“ locker room. While at LRC she also met the love of her life, Melvin Wells Brethauer, marrying him on June 16, 1956. Upon graduation, she taught high school PE and coached girls’ basketball in Woodbine, GA, 1955-56 and then in Trenton, Florida, 1956-1957. She even pursued a masters at UF in 1957-58, a rare path for women of that era. She earned her elementary teaching certification from Appalachian Teacher’s college (now ASU) and went on to teach 5th grade at Oneco Elementary, in Manatee County, Florida, 1958-61. Jane quit teaching when she was three months pregnant, which was standard practice at the time. But even though she left the classroom, Jane remained a life-long teacher and learner.

In the summer of 1957 Jane and Mel served as fire lookouts in Idaho, drawn by their love of the outdoors and mountain scenery. For the rest of her life Jane wouldn’t pass up the opportunity to hop in a car to go find a spectacular view. The breathtaking vista from Jane and Mel’s porch at their “ridge house” never got old, and Jane was always quick to point out her beloved “Panther Knob” in the distance while regularly sharing poster-quality mountain-view pictures with her girls.

In 1969, while still residents of Sarasota, Florida, Jane and Mel purchased a lovely parcel of steep, heavily-wooded, mountain property adjacent to the Nantahala National Forest in Jackson County, NC. After retirement in 2000, they spent an increasing amount of time at their mountain sanctuary, first as a summer retreat and then as their year-round home since 2011. For over fifty years, Jane and Mel hosted their daughters and grandchildren, as well as any family and friends who would come for a visit. The Savannah Ridge community truly became their home; Jane and Mel attended the East Fork Baptist Church and were active members at the Jackson County Senior Center, playing bridge and attending music events.

Endlessly creative, Jane loved music whether she was playing or listening, recorded or live. Mel ensured that every home had a piano for her. Jane also played handbells in church choirs, read voraciously, and was an avid crocheter – making sure no grandchild of hers lacked a well-made cap or afghan.

Jane enjoyed sports, participating for as long as she was able, and remained an enthusiastic sports fan. She grew up playing softball with her cousins, reconnecting with them on the diamond every summer in Kannapolis. She loved to “Play Ball!” and would play catch with the grandkids when they were small. Jane was always fond of basketball, the sport of her high school years, and she shared her love of sports with friends and family…”Go Gators!”

Jane cherished her connection with loved ones, staying in touch via media old and new:  from cards, to calls, toFacebook. Whether getting together regularly to revel in 70-year-old friendships first formed in college or welcoming a new bridge player at the Senior Center, Jane never met a stranger. Her kind and engaging nature kept her active in seasonal jobs for the last 20 years. Jane worked at the election polls every two years as precinct clerk and sold tickets at the Manatee County Fair in Florida every day for two weeks in January, allowing her to catch up with old friends.

We will have a memorial service for her in the spring. Details will come later. Her internment will be held at Trinity Lutheran Church, Kannapolis, NC, where Jane and Mel were married 66 years ago.

In lieu of flowers, donations in her honor may be made to Lenoir-Rhyne University Scholarship Fund, Hickory, NC.

To order memorial trees or send flowers to the family in memory of Martha Jane Brethauer, please visit our flower store.