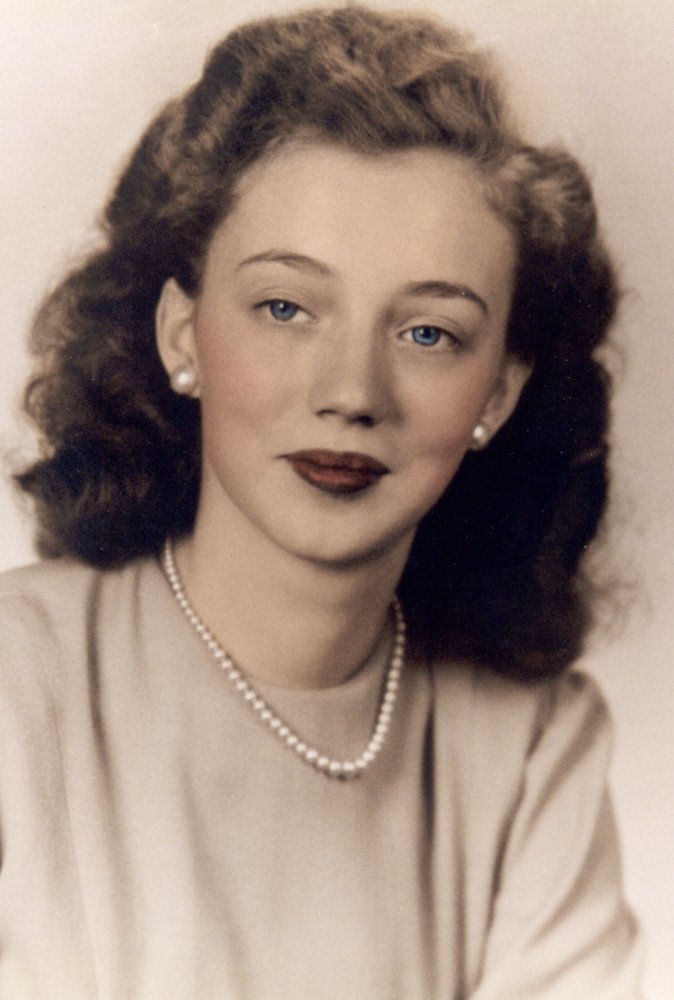 Nancy Ann Owens Whitaker passed away on December 13, 2019.  She was the daughter of John Floyd Owens of Webster and Love Bumgarner Owens Kilpatrick of Loves Field, Sylva, and the beloved stepdaughter of Grover S. Kilpatrick. She was the granddaughter of Steve and Elvira Owens and Oscar and Minnie Bumgarner.  During the war, her parents were often away and she lived with either set of grandparents. She attended Webster School and later transferred to Sylva High School, graduating in 1947. She attended Western Carolina for about a year on scholarship. She married William Ray Whitaker of Monroe, North Carolina in 1952.   Ray was in the Air Force, so she also married a lifetime of moving. They transferred to Morocco, and they had their first child, Nancy Nell in 1953.   They had three more children: Tracy in Monroe while on leave, William James in San Bernardino, California and Samuel Owens in Goldsboro, North Carolina. She also raised her grandson, Joe, who had Cerebral Palsy. Some of their duty stations included the Air Station in Rabat, Morocco; Karamursel AFB, Turkey; Seymour Johnson AFB, Goldsboro NC; Edwards AFB, California; and Elmendorf AFB, Alaska. Nancy worked several jobs, despite the demands of raising four kids. She was an Avon Lady, worked at the Base Exchange, at several craft shops, as a cake decorator and instructor, and was a talented craftswoman displaying in the early years of Dogwood Craft Coop in Dillsboro.  She won many ribbons for her quilts, and donated many, many lap quilts for cancer patients. Nan and Ray transferred themselves out to Whidbey Island, Washington, where they lived until Ray’s death in 1998.  After his death she became active with the Senior Center in Oak Harbor. She was an avid fan of the Seattle Mariners. She and Tracy and some of her nieces made several trips to England...a lifelong dream for Nancy. She also took a Senior Center tour to Ireland.

Eventually she moved back to Tennessee to help care for her great granddaughter, Lilly.   When her health began to fail, she made another move to Sylva to live with her daughter.   She didn’t stop moving then, though, making a couple more moves before coming back to Sylva for good. She didn’t live as long as her mother (almost 99) or her Aunt Ila Henson (104) but lived a good long life of 88 years. In addition to her father, mother, aunt, and husband she was preceded in death by her sister, Love Louise Owens Lemmond, brother James F. Owens, and daughter Nancy Nell Whitaker French. She is survived by her daughter, Tracy, son, Jim and his wife Kim, and son, Sam and his wife Kimberlee. She has four granddaughters, one great grandson and three great granddaughters. A memorial services will be held on Thursday, December 19, 2019 at 3:00 pm at the Webster United Methodist Church in Webster, NC. The family will receive friends one hour prior to the service from 2:00 until 3:00 pm. Appalachian Funeral Services of Sylva, NC is serving the family.

To order memorial trees or send flowers to the family in memory of Nancy Ann Whitaker, please visit our flower store.