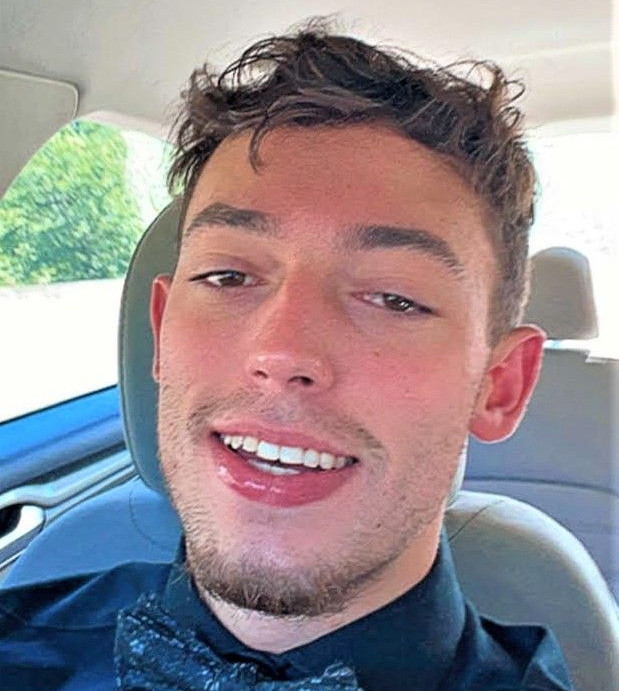 Nickolas Michael Flynn, age 24, of Asheville, NC, passed on Tuesday, August 23, 2022, as the result of a tragic motorcycle accident.  Born August 14, 1998, in Sarasota, FL, “Nick” is survived by his father, Jeffrey Flynn, and his mother, Lisa Flynn.

Nick was a graduate of Erwin High School Class of 2016 where he lettered in football and swimming.  Most recently, Nick was a business major at Western Carolina University, and has received a posthumous Bachelor Degree in Business.  Determined and hard-working, Nick balanced the demands of managing a tele-communications store and his studies, and caring for his beloved Boxer, Josie.

Nick was a tremendously devoted son and loyal friend.  He lit up every room he walked into with his wiity sense of humor, ambitious work ethic, and belief in always paying it forward.

A Celebration of Life will be held Saturday, September 3rd, at Appalachian Funeral Services, 165 Skyland Drive, Sylva, North Carolina. Visitation will begin at 1:00 PM with a Memorial Service at 2:00 PM.  Friends and family are encouraged to share any fond memories of Nick.

In lieu of flowers, the family has asked that donations be made in Nick’s name to the Brother Wolf Animal Rescue, PO Box 8195, Asheville, NC 28814.

To order memorial trees or send flowers to the family in memory of Nickolas Michael Flynn, please visit our flower store.