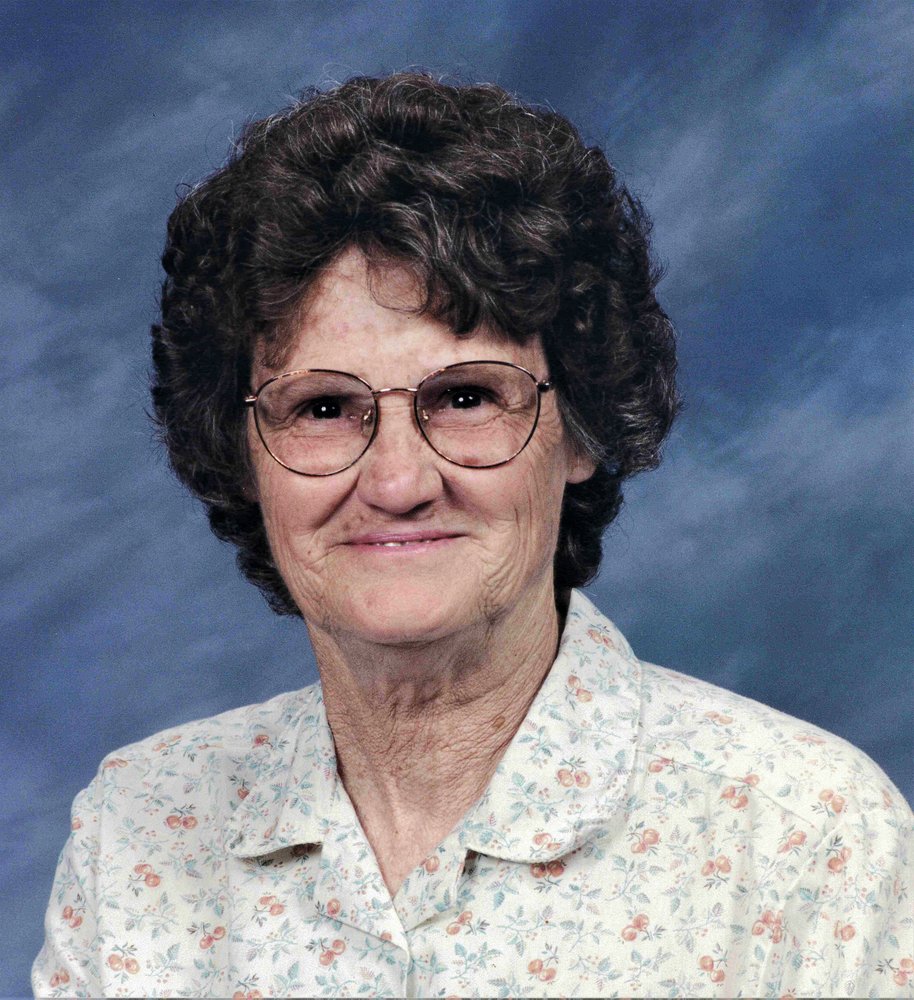 Opal L. Franks Bryson, age 88, of Glenville, passed away November 25, 2020 after suffering from the effects of dementia the past couple of years.  Our sweet little mama’s body gave out and the Lord took her home on Thanksgiving Eve to be with him and the mother she missed so much. She was a strong-willed, strong-minded woman who never met a stranger. Opal was born February 7, 1932 to Lewis Bert Franks and Floda Mae Hooper Franks, the last of their 11 children. She was a member of Hamburg Baptist Church since the age of 13. She liked shopping at Wal-Mart, eating at Ryan’s, and she loved her four children with all her heart. Opal was preceded in death by her parents; husband, Neil Bryson; sisters Pearl, June, and one infant; brothers, R. L., Everett, Clyde, Marion, Fred, Myron, J. C., and Lewis. She is survived by her sons, Lewis B. and wife Vickie, of Glenville and Mocksville, Garry Lee of Glenville, Steve and wife, April, of Sylva; daughter, Linda Bryson Powell, of Rosman; grandchildren, Shannon B. Bryson, Davin and Doran Powell, Zachary and Cody Bryson, Holly Bryson Evett, Corey Bryson; great-grandchildren, Sydney, Shannon, Monroe, Madison, Elijah, Jeremiah, Thomas Cooper, Kolton. Graveside funeral services will be held Monday, November 30, 3:00 PM, at Hamburg Baptist Church Cemetery. Pastor Leonard Luker officiating. Pallbearers include Randy Bryson, Hubert Bryson, Anthony Franks, Brent Franks; honorary pallbearer, Jessie Franks. The family will receive friends Monday, 2-3 PM at the graveside prior to the service. The family would like to thank the staff at Eckerd Living Center in Highlands, NC for the attentive care of our mother this past year.

To order memorial trees or send flowers to the family in memory of Opal L. Bryson, please visit our flower store.