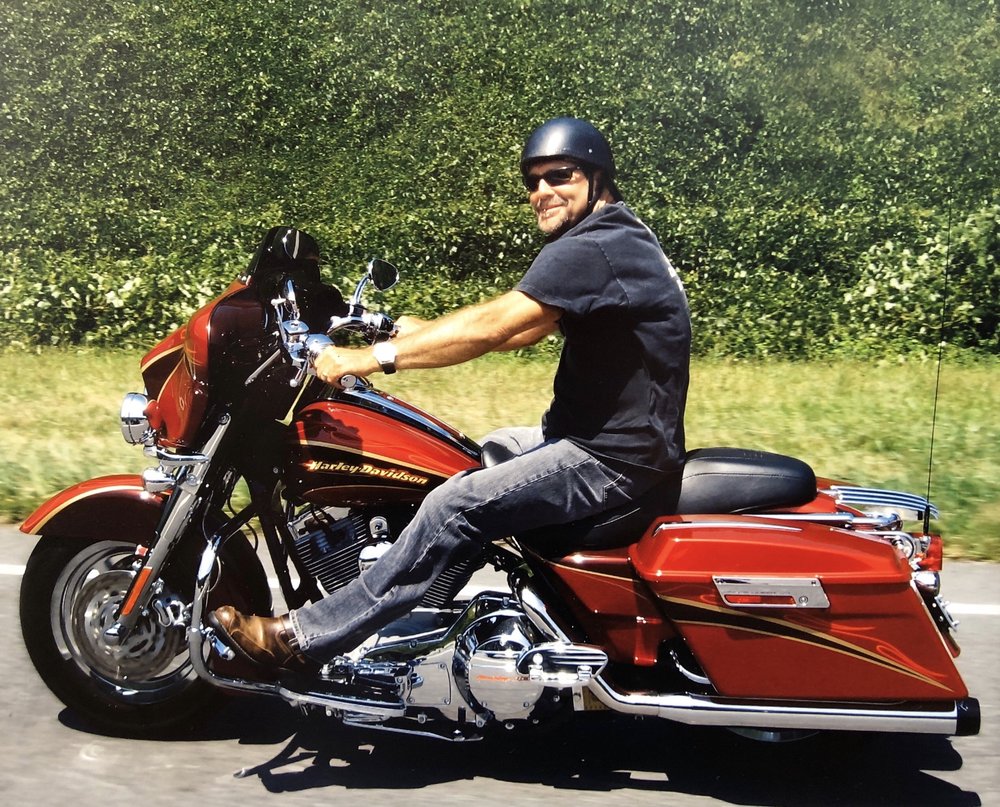 Michael Perry Montgomery’s spirit sailed on to fish in the great heavenly lakes on October 21, 2019 after a brave and fearless fight against the earthly diseases that we all face.  In this life, Perry was an accomplished and respected builder and contractor in western North Carolina for more than 40 years, specializing in custom log and timber frame homes.  Perry had many interests, including being an accomplished skier.  He especially enjoyed riding his Harley Davidson motorcycle.  But, mostly, Perry loved being in a boat fishing.  Among his family and friends, he was affectionately known as the “Fish Whisperer,” because of his uncanny ability to find the fish no matter the season or conditions.  He was always quick with a smile, eager to share the fishing hole and was a valued friend to many. He attended Tuckasegee Wesleyan Church. While his family and friends miss him greatly; they are confident that today he is sharing fishing stories with the ones who went before him. Perry is survived by his wife of 22 years, Sharon Powell Montgomery and his two daughters, whom he adored, Kaylee and Aleea.

Originally from Albemarle, he was born in High Point, NC and was the son of Michael Montgomery of Albemarle, NC and the late Elizabeth Montgomery. In addition to his mother, he was also preceded in death by a nephew; Christopher Watson and his mother-in-law; Betty Jean Powell.

In lieu of flowers, a college fund for his daughters has been set up at the State Employees Credit Union in Sylva.

To order memorial trees or send flowers to the family in memory of Perry Montgomery, please visit our flower store.