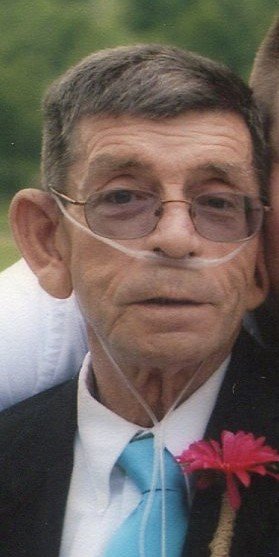 Reverend Sherrill Ammons, 76, went home to be with the Lord on Monday, September 28, 2020 with his loving family and caregivers by his side. After a long battle of declining health, he was welcomed in Heaven and heard his savior say, “You’ve fought a good fight, you’ve kept the faith, welcome home my child.” He was the son of the late John and Margie Ammons of Sylva. He is also proceeded in death by a younger brother, Eugene Ammons.

He is survived by his wife of 47 years, Bonnie Ammons, who has served the Lord with him and cared for him faithfully for the last several years. He is also survived by his son Matthew (Stephanie) Ammons, daughter Amanda (Steve) Davis who also served as loyal caregivers. He had three grandsons Sawyer, Brady, and Christian who were the light of his life.  He had several children including Rachel Mcentire, Chuck Patterson, and Jason Panozzo who he loved and treated as his own. He had a brother, Ronnie (Linda) Ammons of Franklin, and sister, Brenda (Ken) Cope of Sylva, along with several nieces and nephews.

Sherrill traveled all over the southeast preaching and singing for his savior most of his life. His main calling in life was to win souls for Christ through his ministry. He pastored several local churches. He had a smile that would light up the room and usually a joke to tell. He was loved by anyone who met him and never met a stranger. He was the door greeter at Wal-Mart for several years in which he loved talking and witnessing to people after working at Jackson Paper for many years.

Funeral Services will be held 2:00 pm Saturday October 3, 2020 in the Chapel of Appalachian Funeral Services with the Revs. Eddie Stillwell and Roger Stewman officiating. Burial will be at Promise Land Baptist Church Cemetery.

The family will receive friends from 11:00 am until 2:00 prior to the Service at the Funeral Home

All fellow preachers who would like to, will be honorary pallbearers. He appreciated his fellow ministers friendships and their ministry.

To order memorial trees or send flowers to the family in memory of Rev. Sherrill Ammons, please visit our flower store.