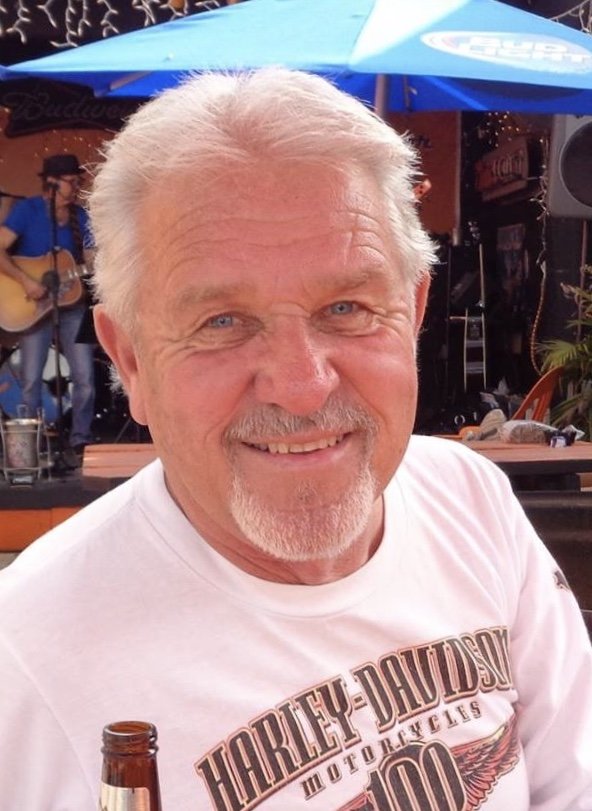 Richard Karl Bartnik, was tragically taken from us on Sunday, September 15, doing what he loved, riding his motorcycle through the mountains of North Carolina with his wife, Alane. He will be truly missed by his family and many friends.

Richard was born in Milwaukee on January 8, 1946 to Eugenia and Rudolf Bartnik.  He was a Veteran having joined the Air Force  at the age of 18. Married Sandi Weber in 1970 and had 2 children, Sarah and Josh. He was a proud City of Milwaukee Firefighter for many years.

Craving a warmer climate, he moved to California and finally settling in Florida where he met his best friend and soulmate and married  Alane Passaro.

He enjoyed riding his motorcycle, boating, traveling, golfing, fishing, hunting for bargains.  He enjoyed spending time with his family as his grandchildren were his pride and joy.

Richard was an extremely talented and hard working man. He could make or fix anything he put his mind to and always used his talents to help others He could usually be found around a fire playing his guitar and singing to the delight of his friends and family. He never met a stranger and brought fun and laughter to everyone he knew. He had such an adventurous free spirit and was always the life of the party.

There will a Celebration of Life Ceremony held in Cape Coral, Florida the beginning of October.

To order memorial trees or send flowers to the family in memory of Richard Karl Bartnik, please visit our flower store.