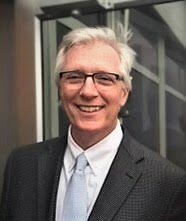 Dr. Beauchemin was a distinguished and respected practitioner in the field of Ophthalmology, having attained the highest certifications in diseases of the eye, cataract surgery, and laser eye surgery. A board-certified surgeon for over thirty years, Dr. Beauchemin was also a successful entrepreneur who built a four office Ophthalmology practice in the Great Smoky Mountains of Western North Carolina.

Dr. Beauchemin earned his undergraduate degree from Loyola University in Baltimore Maryland; his master’s and medical degrees both from the University of Maryland, School of Medicine, where he was honored as valedictorian in the class of 1983.  He completed a general surgery residency at The Washington Hospital Center in Washington, D.C., in 1985. He also completed a three-year residency in Ophthalmology at The Washington Hospital Center in 1989. His career included a stint as chief of staff for the Harris Regional Hospital Center and many years managing his own medical practice before retiring from surgery in 2016.

Dr. Beauchemin was also an inventor, land developer, accomplished builder and carpenter, bluegrass musician, and photographer.  Devoted to his family and his faith, he was an active parishioner of the Roman Catholic Church of St. Mary Mother of God in Sylva, NC. It was there that he served as the leader of the Parish Council and as a Fourth Degree Knight of the Knights of Columbus. He was a bastion of his faith, sacrificing weekends to First Saturday Masses and leading a men’s prayer group at the fountain in downtown Sylva. He was a brilliant, kind, uplifting and giving person who left a long trail of tears upon his departure too soon from this life.

A Mass of Christian Burial will be held on Saturday, August 28, 2021 at 11:00 AM at St. John the Evangelist Catholic Church in Waynesville, NC. with internment immediately following Mass.

In lieu of flowers, a GoFundMe account has been set up by his sisters for the benefit of his wife and children at https://gofund.me/ca5d41dd

To order memorial trees or send flowers to the family in memory of Richard Rudolph Beauchemin, Jr., please visit our flower store.