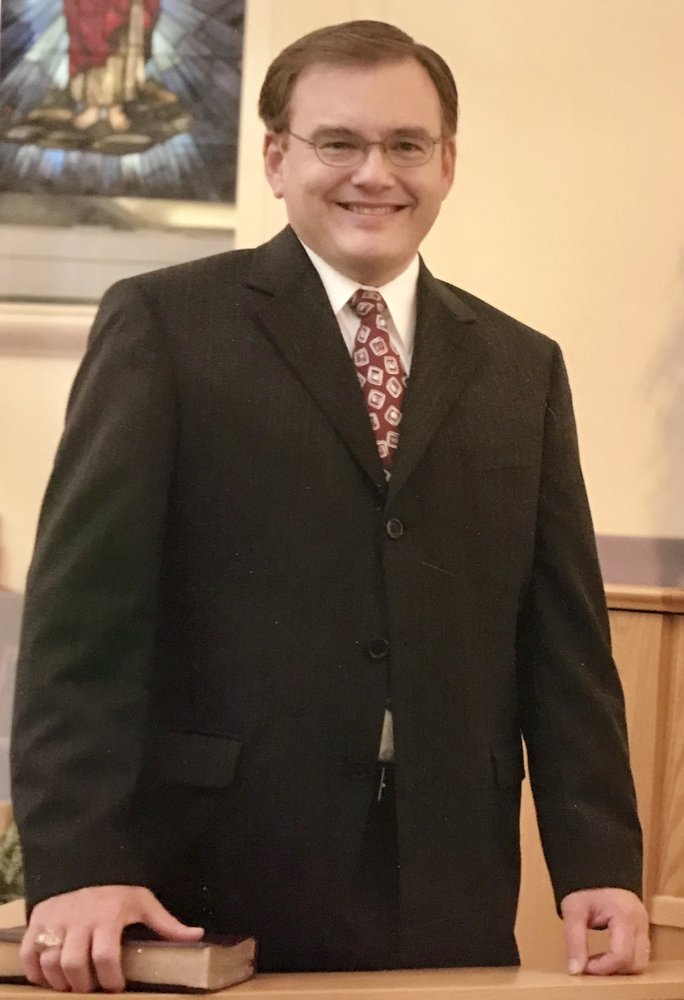 Richard Peoples, 60, of Whittier, passed away on Thursday January 17, 2019 after an intense fight with AL Cardiac Amyloidosis and multiple myeloma. Dr. Rich Peoples was an ordained Southern Baptist minister and mechanical engineer. He taught the Joy Sunday School class at Webster Baptist Church. He was employed as a mechanical engineer at Duotech Services in Franklin, NC where he was the Manager of the Mechanical Fabrication Lab, responsible for the mechanical design and fabrication of radar systems for fighter jets. An advocate of lifelong learning, he earned his fourth degree at Western Carolina University in the Masters in Technology Program. He was the president-elect of the Franklin Rotary Club and has been recognized as a Rotary Paul Harris Fellow plus one and made his wife and sons Paul Harris Fellows. A native of North Carolina, he graduated from the University of Florida with a Bachelor of Science in Mechanical Engineering (BSME). Upon graduation, he was commissioned as a Naval Officer and served as a Surface Warfare Officer on USS Sellers (DDG-11) and USS Santa Barbara (AE-28). Next he worked as an engineer at Tracor Applied Sciences while continuing to serve as a Naval Reserve Officer, reaching the rank of Lieutenant. After establishing a civilian career, he was called to Christian ministry and attended the Southern Baptist Theological Seminary in Louisville, KY where he received a Master of Divinity degree in 1991. While in seminary, he served as Minister to Adults at the Ninth & O Baptist Church. After graduation he served as senior pastor of First Baptist Church of Dundalk, MD for seven years. During his tenure as pastor that church was recognized as one of the most evangelistically effective churches in America. After his ministry in Baltimore, he served as senior pastor of Scotts Creek Baptist Church in Sylva, North Carolina for ten and a half years during which the church had over sixty baptisms and over 150 other additions. He received the Doctor of Ministry degree from Luther Rice University in Atlanta in May 2010 where he also assisted in teaching. Dr. Peoples most recently served as pastor of Grace Community Church for seven years, retiring from 27 years of ministry and returning to engineering in 2014. He formerly served as vice-moderator of the Tennessee River Baptist Association, president of the Baltimore Baptist Association, parliamentarian of the Baptist Convention of Maryland-Delaware, president of the Community Assistance Network (A Community Action Agency), vice-chairman and treasurer of United Christian Ministries, and president of REACH of Jackson County. He was an alumnus of Leadership Baltimore County and Leadership Jackson County. One of his personal passions was Christian missions. He led and participated in over twenty mission trips to Moldova, Romania, Lithuania, Philadelphia, Mexico, Mississippi, Florida, Hershey, Chicago and New York City. He is survived by his loving wife of 39 years Renee, his sons William and Daniel, and 4 grandchildren; Madison, Eli, Wren and Griffin, who adored their Papa, all of Whittier, his parents Billy and Buddy and brother Thomas (Kay) of Jefferson, GA. and numerous family members and friends. The family will receive friends on Sunday January 20th from 1-3 at Webster Baptist Church, with the Funeral Service to follow at 3:00 pm. Rev. Scott Carter will speak. .
To order memorial trees or send flowers to the family in memory of Richard Harold Peoples, please visit our flower store.