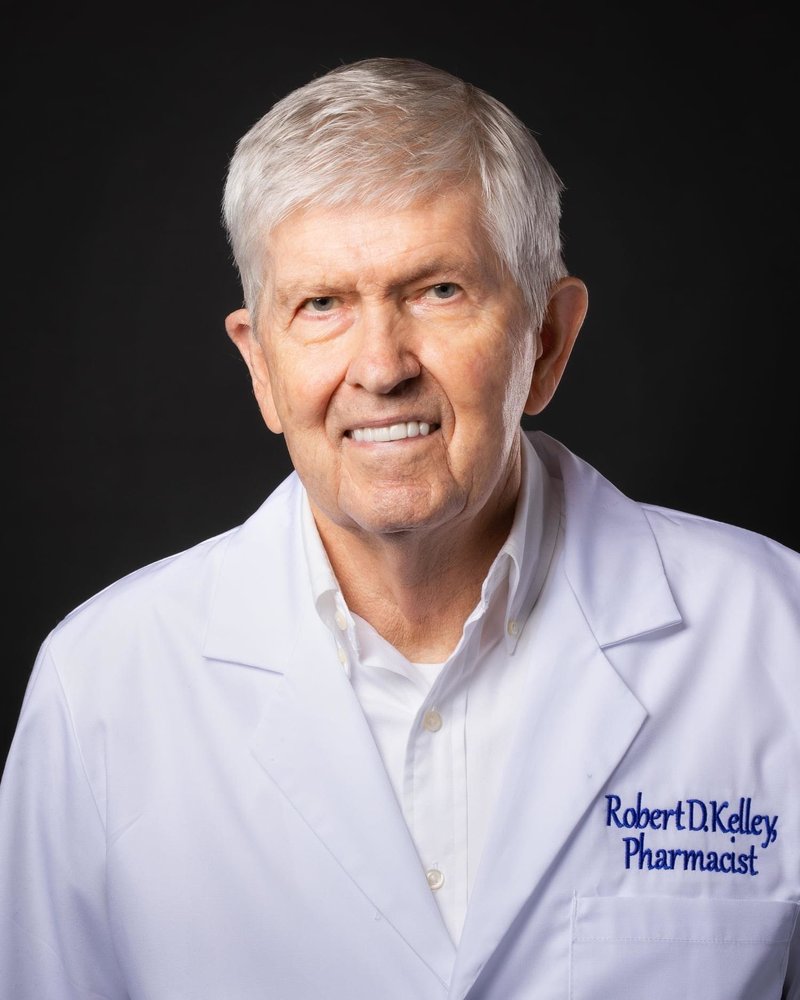 Bob graduated from Samford University School of Pharmacy and also served as an Honor Guard with the United States Coast Guard.

In the spring of 1966, he arrived in Sylva, NC by way of Hoopers Drug Store. Later in the year, he was lured to assist in the Western Carolina College homecoming parade. Having a convertible, the Jackson County Queen would need a ride & as fate would have it, that is how he met & fell for the love of his life, Betty Jean “Jeannie” Stillwell. As their courtship blossomed, so did his love for this small town he’s called home for over 50 years. The two were married on April 6, 1968 & settled into a home eager to start their lives together. They began their family with the birth of their first son, Robert Douglas Kelley III on February 15, 1969. Two more children followed with the birth of their daughter Kristian Tahnell on February 3, 1971 & Michael Davidson on April 16, 1975.

With a family of five, Bob began to take stronger roots in our town by purchasing Hoopers Drug Store, becoming Kel-Save Drugs & serving our community until his final days. For 53 years, Bob was a passionate supporter of Sylva & surrounding areas. He was a member of East Sylva Baptist Church, a Board of Directors for Wachovia Bank, & often contributed to many local charities & strong support of Jackson County Schools & Sheriff’s Department. Bob treated the people of town like family, always serving the community in any way he could. Bob spent much of his time at Kel-Save Drug, aiding in the health & well being of the people of Sylva. Even during some of our worst winters, Bob would choose to stay at the store so he could be open for those that needed him.

Bob was called home on November 11, 2020. Preceded by his parents as well as his eldest son, Robert D Kelley III. He leaves behind his loving wife Jeannie Kelley & their two children Kristy & Mike, as well as their grandchildren Avery, Brooks, Taylor, Drayton & David.

No services are planned at this time, however Memorial gifts may be made to Mr. Kelley’s favorite charity United Christian Ministry of Jackson County helping to support local families in need at 191 Skyland Dr, Sylva, NC 28779. A receiving of friends to honor Bob will be held at a later date.

To order memorial trees or send flowers to the family in memory of Robert Douglas Kelley Jr., please visit our flower store.