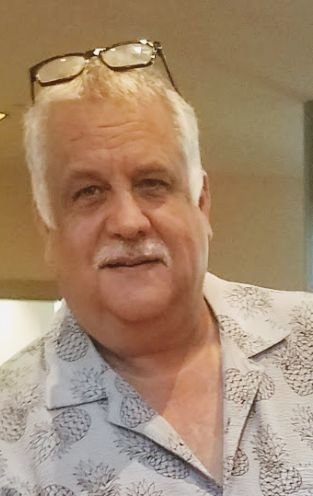 Robert "Poppa Rob" Ledford, 59, of Sylva, went home to be with the Lord Sunday March 8, 2020. He was the son of the late Donald and Mamie Ledford and had been a resident of Jackson and Haywood County most of his life. He worked at Jackson Paper for over 35 years and had just recently earned his pilots licence and enjoyed flying his plane. He also enjoyed riding motorcycles but his life was dedicated to his children, stepchildren, grandchildren, his family and his extended family at Jackson Paper. He was a loving father, grandfather, fiance, brother and uncle. His extended family knew him as "The Professional" In addition to his parents he was also preceded in death by his brother in law Mark Stedman. He is survived by his daughters; Cassie (George Neslen) of Sylva Kellie of Waynesville Granddaughters- Aspen and Dree Fiance- Sherie Gentes of Sylva Stepdaughters- Coral, Shelby and Chelsea Sisters- Cindy Justice of Sylva Donna Jones of Sylva Julie Ricca of Florida Niece- Becky Justice of Sylva Nephew- Isaac Jones of Sylva Funeral Services will be held 2:00 pm Saturday March 14 in the Chapel of Appalachian Funeral Services. The family will be receiving friends from 12:00 until 2:00 prior to the Service at the Funeral Home. Burial will be in the Ledford Family Cemetery.
To order memorial trees or send flowers to the family in memory of Robert Anthony Ledford, please visit our flower store.