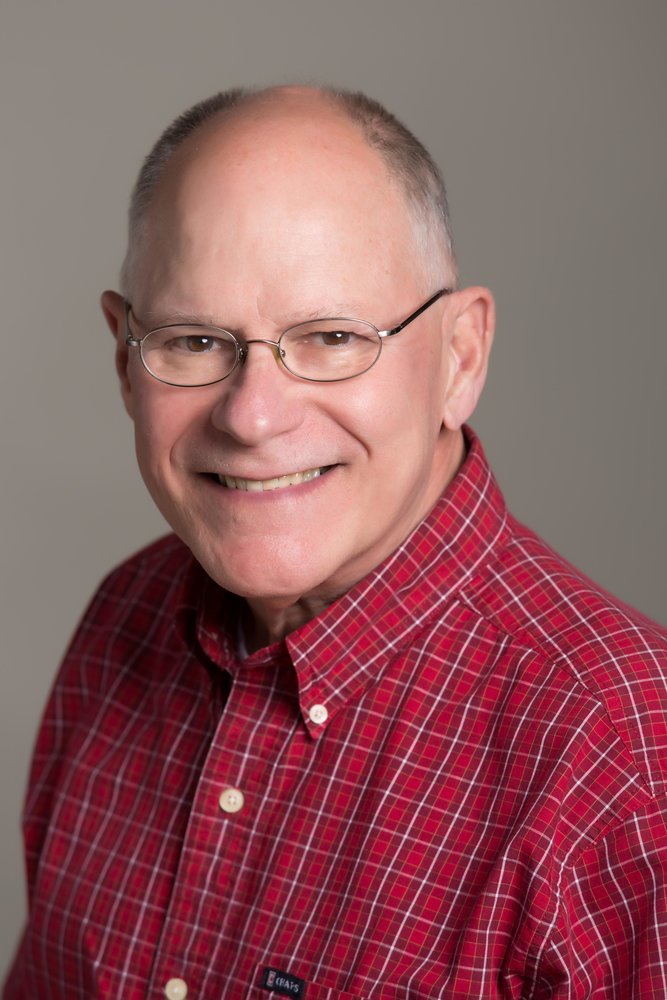 Thomas (Tom) Oliver Bommer, 71, of Sylva passed away on July 9, 2020, at Solace Hospice House in Asheville.

He leaves behind his wife of 50 years, Donna Harris Bommer, and twin daughters: Daisy Talbert of the home, and Annie Scott (Charles) of Canton; 3 grandchildren, Jacob Talbert, James Talbert, and Rylee Scott; three siblings, Linda Neumann (Ronnie), Steve Bommer (Sally) and Patty Self (Tom) all of Florida; his mother-in-love, Pearl Harris Crocker (93) at Morningstar Assisted Living, Sylva, and his faithful dog, Buster, who misses him sorely.

Tom is preceded in death by his parents G.W. and Alice Bommer, his sister Nancy Partee, and nephew Jonathan Neumann.

Tom was born and raised in Tampa, FL.  He came to WCU in 1967 with his good friend Bill Littlejohn. In 1968 he met Donna Harris from Henderson, NC and they married Thanksgiving Day 1969. After they graduated in 1972, he worked at WCU as assistant director of the student center along with Baxter Wood for three years. Their twin daughters were born in 1975.  The next year, he moved his family to Inverness, FL and built/opened a disco bar, Mickey Finn’s Speakeasy, with high school buddy, Charlie Allen.  After three rough years, they thankfully sold the business, and moved back to Cullowhee where he became director of athletic fund raising (“Catamount Club”) with Jim Medlin for 6 years. During that time, he enjoyed a joint venture with long-time friend, David Rayburn, opening TD’s Newsstand in Cullowhee.   After WCU, he worked with David Blevins in business development in Waynesville, NC.  Later he commuted to Asheville as founding director of MM Rathbun Wellness House with Adelaide Key for two years.  Then he began his 21 years work as a realtor, working in Western Carolina Properties with Jack and Gail Debnam, then with Trillium in Cashiers until the housing crisis struck.  Later he worked with Heather Tarala at Blue Ridge Properties in Sylva.  From there, he retired briefly until offered a position continuing in real estate with Carol Pearce with Blue Ridge Premier Realty in Dillsboro. During about eight of these years, Tom and Donna had greatly enjoyed a hobby together of managing a booth at Dixie-Mae Vintage on Main Street, Sylva with good friend, Dixie Brendle. Tom especially enjoyed “the hunt” as they traveled about the area for items to fix, repurpose, and stage at their booth.  He retired for a second time from real estate May 31, 2020, to spend more time with his wife, for them to travel, finish home projects, serve at their much-loved LifeWay Community Church, and visit family and friends near and far.

A service to remember and celebrate Tom’s life will be held at a time yet to be determined, when it’s safe and acceptable that we shake hands, hug, talk, laugh and maybe cry together.   If anyone wishes to send a memorial in Tom’s name, it is requested it be to Sylva’s Community Table (PO Box 62, Dillsboro, 28725), United Christian Ministries (191 Skyland Drive, Sylva), or LifeWay Community Church’s “Little Pantry” (PO Box 65, Sylva).

The family thanks everyone who offered prayers and support during, and since, the twelve days preceding Tom’s passing.  Much thanks also to the numerous folks who stood by Donna and to those who helped restore heartbeat and breath to Tom that Sunday, June 28 in the Walmart parking lot.  The family’s solace comes in knowing they will one day join Tom and the Lord in Heaven.

To order memorial trees or send flowers to the family in memory of Thomas Bommer, please visit our flower store.