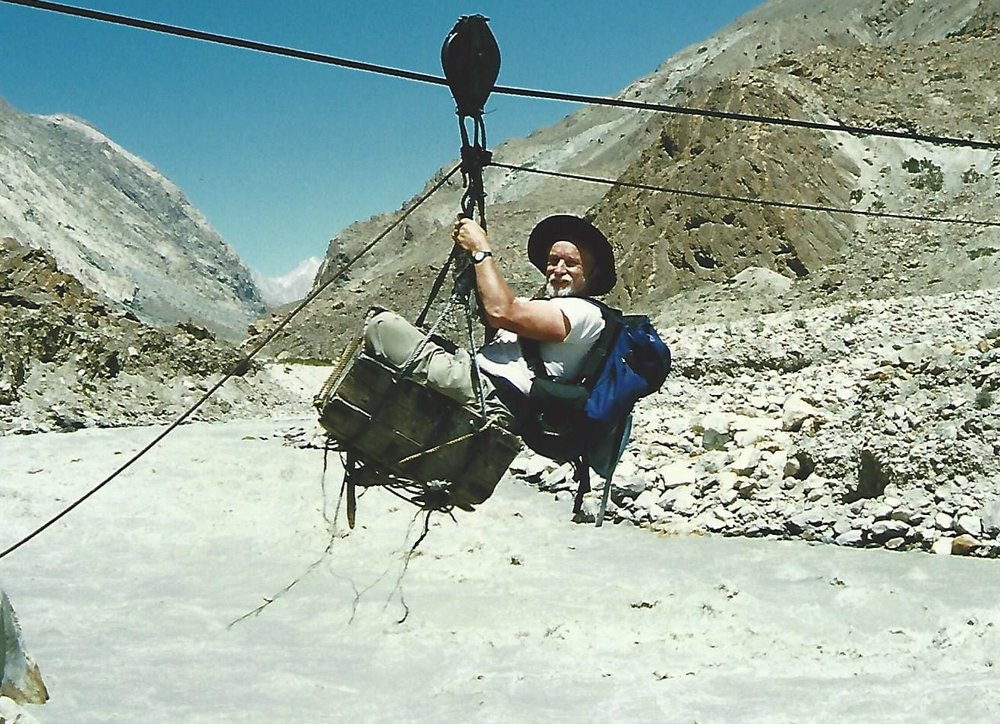 He was born March 17, 1927 in Evanston Illinois. And grew up in Winnetka attending New Trier High School. Upon graduation he was drafted and spent two years in the Naval Air Corps. He graduated from the University of Colorado in 1951. He worked on the salmon traps in Alaska and in the oil fields of Texas to earn money for travel for which he had a lifelong passion. In 1952 he left for Europe not to return until 1956, a period described by his father as “the most extended form of procrastination in history.” He rode a motorcycle across Europe, then Yugoslavia, Greece and Turkey where for a period of time he taught school to children of all ages on a US Naval base. He then rode on through Lebanon, Syria, Jordan and Iraq down to Basra. From there a deck passage shared with over 1,000 Muslim pilgrims took him to Pakistan and then India. After a number of months, he took another deck passage to Mombasa in Kenya. There he was hired by the British Police Force, then in charge of Kenya, and spent some eighteen months tracking mercenaries during the Mau Mau uprising. He published a book on his experiences upon his return to the United States.

His subsequent career back in Chicago included journalist and assistant financial editor for the Chicago Sun Times as well as a financial writer for the First National Bank of Chicago.

Bill and his wife Ann moved to Whittier, North Carolina in 1999 following her retirement. From there they have travelled to over 40 countries, with Africa and its animals being closest to their hearts.

To order memorial trees or send flowers to the family in memory of William Wright Baldwin III, please visit our flower store.