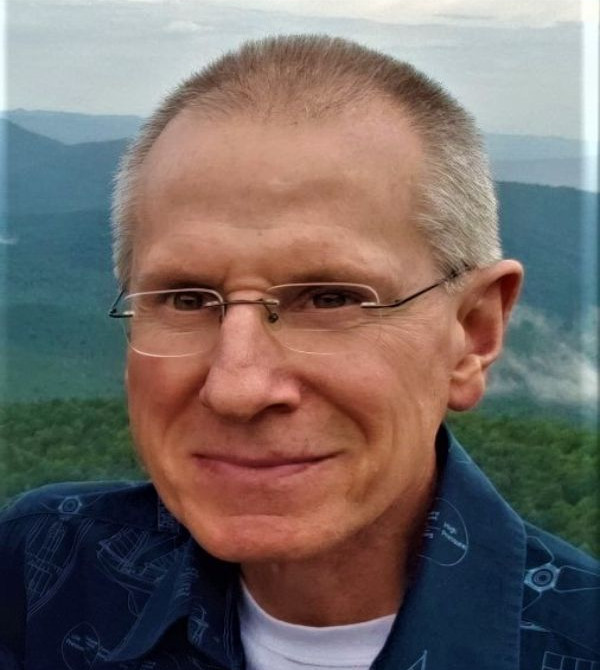 William Steven (Steve) Parlett, age 65, passed away December 4, 2022, at his home in Sylva, NC.  Born August 24, 1957, in Amherst, New York, to William Gordon and Sarah Kathryn Hall Parlett, Steve grew up in Hope Mills, NC and has resided in Sylva, NC for the last 10 years.  He was a member of First Presbyterian Church in Sylva,

Steve was preceded in death by his parents and his brothers, Philip and Charles.

He is survived by his wife, Lynda Womack Parlett; daughter, Amy Kathryn
Parlett; and a sister, Kathie Lumpkins; along with several nieces and nephews.

Steve became involved in the Boy Scouts as a youth and achieved the rank of Eagle Scout. He credited his time in scouting with teaching him many of the skills he utilized throughout his life. Steve became a volunteer firefighter and EMT while in Hope Mills, serving as an EMT and incident commander at Negev
Airbase in Ovda, Israel and subsequently joined the Cumberland County Sheriff’s Office starting as a jailer and then serving as a patrol deputy, training officer, polygraph examiner, grant writer and accreditation manager and finally achieving the rank of Patrol Commander prior to his retirement in 2002. He was proud of his service in the Sheriff’s Office and implemented its first Field Training Officer program, led the effort to attain accreditation, the first sheriff’s office in the state to do so, and competitively achieved over $7 million in grants including those that established the first multidisciplinary child abuse investigation task force, equipped patrol cars with mobile data computers
and initiated community-oriented policing.

While in Fayetteville, Steve had been an elder and co-leader of the youth program at Galatia Presbyterian Church, engaging in many community mission projects as well as international projects in Jamaica and Haiti. He was a strong believer in education as well, completing his bachelor’s degree at Methodist University, supporting grant projects promoting science and mathematics at John Griffin Middle School and, serving as a board member on the Cumberland County Education Foundation. But more than any other activity in his life, Steve was a supporter of his beloved daughter Amy, helping her achieve awards in horseback riding and in science fair competitions, encouraging her through her
undergraduate aerospace engineering studies and, just two weeks ago, celebrating her Masters of Engineering degree from Auburn University.

Throughout the last ten years Steve has battled cancer and a multitude of health issues with bravery. He was supported through these battles not only by his wife and daughter but by a number of truly dedicated and compassionate medical staff in Asheville and in Sylva, especially Dr. Roy Gallinger and
Nurse Mary Stiles of Sylva Family Practice.

A Memorial Service will be held at First Presbyterian Church in Sylva, NC, at 2:00 PM, on Thursday, December 8, 2022, with the family receiving friends at a reception in the church fellowship hall immediately after.

To order memorial trees or send flowers to the family in memory of William "Steve" Parlett, please visit our flower store.